Cannabis May Provide Resillience Against Stress-Related Patholigies, According to New Study

Cannabis May Provide Resillience Against Stress-Related Patholigies, According to New Study 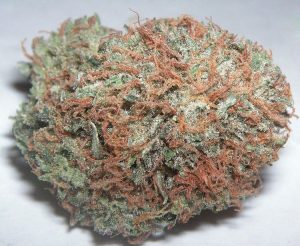 protection against stress and stress-related disorders, according to a new study published in the journal Seminars in Immunology, and published online by the National Institute of Health.

According to the study, “CB1 receptor-endocannabinoid signaling is activated by stress and functions to buffer or dampen the behavioral and endocrine effects of acute stress.”

It continues; “Its role in regulation of neuronal responses is more complex. Chronic variable stress exposure reduces endocannabinoid-CB1 receptor signaling and it is hypothesized that the resultant deficiency in endocannabinoid signaling contributes to the negative consequences of chronic stress. On the other hand, repeated exposure to the same stress can sensitize CB1 receptor signaling, resulting in dampening of the stress response.”

Given that cannabis activates and regulates the body’s cannabinoid receptors, this study gives strong indication that cannabis consumption may provide a defense against stress, and stress-related disorders.

The study was conducted by researchers at the Medical College of Wisconsin’s Neuroscience Research Center and Department of Pharmacology and Toxicology.