Federally Legal Hemp A Possibility In 2013

Federally Legal Hemp A Possibility In 2013

The possibility of legal hemp production in America has been gaining momentum over the past several months, and the Industrial Hemp Farming Act of 2013 – House Bill 525 – is seeking to make it a reality.

Sponsored by Congressman Thomas Massie, a Republican from Kentucky, with 28 additional co-sponsors, HB 525 would amend our Federal Controlled Substances Act to exempt hemp. This measure would immediately allow individual states to license and regulate the production of hemp as an industrial and agricultural crop. 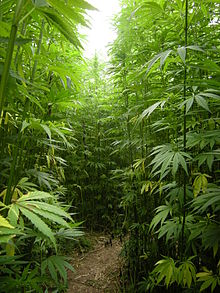 If passed, this measure would allow the states that have legalized hemp to continue forth with this policy without running into conflict with federal law. This means that the eight states which have already passed hemp legislation – Colorado, Maine, Montana, North Dakota, Oregon, Vermont, Washington and West Virginia – could begin to immediately enact their law, and the production of hemp.

Making sure that congress doesn’t pass a bill that falls flat in the senate, Republican Senator’s Rand Paul and Mitch McConnell (the senate minority leader) are supporting and working towards the introduction of a companion bill.

We advocate all supporters of legal hemp contact their legislators and urge them to support this measure, which you can do by filling out and sending this prewritten letter from NORML.

Passing this legislation would be a drastic step in ending a ridiculous portion of cannabis prohibition, and finally allowing our farmers to take part in a billion dollar international crop.

It’s far past time for us to wise up, realize the vast benefits of hemp, and stop our federal attacks on those wanting to produce this diverse plant. House Bill 525 would make this a reality.