In one of the first direct responses to how the federal government will react to the opening of legal retail outlets in Colorado and Washington after the passage of Amendment 64 and Initiative 502, Drug Czar Gil Kerlikowske has made it clear that they’re planning to attack cannabis distributors, even if they’re following state law. 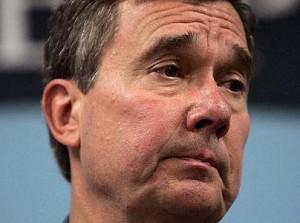 “You’ll continue to see enforcement against distributors and large-scale growers as the Justice Department has outlined. They will use their limited resources on those groups and not on going after individual users”, Kerlikowske told a Canadian magazine earlier this week.

The answer was in response to a question that asked where things stand in regards to producers and distributors now that Colorado and Washington have voted for legalization. Recently President Obama stated that the government has “bigger fish to fry” than attacking recreational consumers in states where it’s been voted legal. Obama, of course, left out how they would respond to growers and retail outlets, leaving Kerlikowske to do the dirty work of making it clear that they won’t follow the will of the voters after all. Both Colorado and Washington are in the midst of forming regulations to license cannabis stores.

The news, which is unsurprising yet absurd, comes at a time when our congress is discussing putting an end to federal cannabis prohibition.