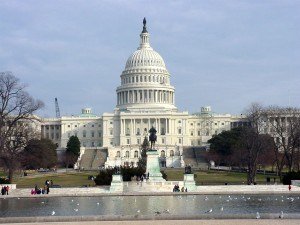 hat 75% of all D.C. residents support removing the criminal penalties associated with possessing an ounce or less of marijuana, making it a simple $100 ticket, rather than up to 6 months in prison like it is currently.

In addition, the polling found that 64% support the idea of decriminalizing the private cultivation of up to 3 plants. Just about the same percentage of people, 63%, said that they support legalizing, taxing and regulating marijuana for adult recreational consumption (64% support simply legalizing possession). This puts support for D.C. roughly 12% higher than the national average, which is already at an all-time-high.

“District voters, like most Americans, think it is time for a new, more sensible approach to marijuana policy”, stated Steve Fox, Political Director at the Marijuana Policy Project. He continues, “People should not be subjected to life-altering criminal penalties simply for using a substance that is objectively less harmful than alcohol. Harsh criminal penalties should be reserved for serious criminals, and our law enforcement resources should be reserved for addressing serious crimes.”

The polling, which was commissioned by the Drug Policy Alliance and Marijuana Policy Project, and paid for by Dr. Bronner’s Magic Soaps, also found that 78% of D.C. residents support medical marijuana – D.C.’s first dispensary is planning to open this month.

It was also found that  those in D.C. want an end to the current war on drugs – 54% support treating the possession of any drug (for personal use) like a public health issue, rather than a criminal issue that leads to arrest. Only 27% oppose such a move.

There are over 4,000 arrests for marijuana possession each year in D.C. – a huge waste of resources for a policy that the public strongly disagrees with. These polling numbers indicate that the neighbors of the White House have more disdain for their marijuana policies than the nation as a whole, which isn’t too happy themselves.

These results will surely boost new efforts in the district to get an initiative on the 2014 ballot to legalize marijuana.

Those interested can find the polling by clicking here.