In a case that will have a deep and long-lasting impact on marijuana DUIs throughout the nation, the U.S. Supreme Court has ruled that a cop can not legally take an individuals blood in order to dete 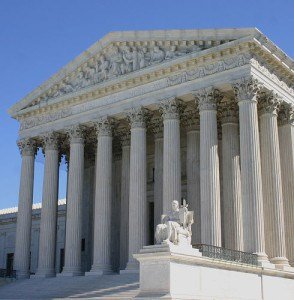 rmine a DUI, without first obtaining a warrant. This is extremely relevant to marijuana consumers, especially as states like Washington (implemented through Initiative 502) now have a DUID clause that finds someone instantly guilty if they have a certain amount of THC in their blood – the U.S. government is working to implement this type of policy throughout the country.

Despite the Obama Administration and the State of Missouri lobbying otherwise, the court ruled 8-1 in favor of requiring a warrant. Justice Sonia Sotomayor wrote the court’s majority opinion, stating that the natural dissipation of alcohol in the blood isn’t sufficient reason to remove the legal requirement of obtaining a warrant before taking the blood. Justice Clarence Thomas was the only judge that ruled in favor of warrantless blood testing.

This ruling will set immediate precedent throughout the nation.