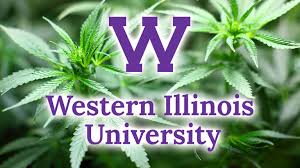 Western Illinois University school officials announced on Monday that beginning fall 2020, they will be offering a degree minor for marijuana cultivation.

According to the Associated Press, the university’s school of agriculture (Macomb) is “acting on interest officials expressed in such a class before adult-use marijuana became legal in January.” The minor in cannabis production will require 18 to 19 credit hours with additional coursework offered by Western Illinois’ department of biological sciences.

The AP states that school of agriculture director Andy Baker says faculty members are still working on partnerships with hemp producers and those in the recreational and medical marijuana businesses. “There’s certainly enough hemp producers in the state that (students) could get experience working in the field,” Baker said.There’s going to be some opportunities and we’re still developing those relationships.”

Baker states that class sizes will likely be around 20 to 30 students, adding that in addition to graduating marijuana growers, there is a new bureau for cannabis regulation in the Illinois Department of Agriculture. “That means there are going to be new employment opportunities in the state.”