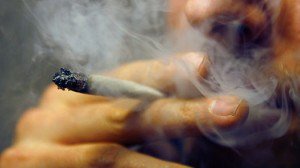 According to a new study published in the peer-reviewed journal Cannabis and Cannabinoid Research (and also epublished by the National Institute of Health), those with post-traumatic stress disorder who consume marijuana display reduced symptoms over time compared to those who do not use marijuana at all. The longitudinal study is titled Long-Term, prospective, therapeutic impact of cannabis on post-traumatic stress disorder

For the study researchers from John Hopkins University, the University of Pennsylvania’s Perelman School of Medicine and the University of Colorado School of Medicine compared symptoms of those with post-traumatic stress who use cannabis and those who don’t over a one-year period. For the study patients who used cannabis did so through the consumption of dried flower they purchased from a state-legal medical marijuana dispensary.

“Participants who used primarily THC-dominant cannabis reported a greater reduction in PTSD symptom severity over time compared to controls”, states the study. “Cannabis users also showed a greater than two-fold rate of remission from their PTSD diagnosis (defined by no longer meeting criteria for a PTSD diagnosis on the CAPS-5) compared to controls by the 1-year follow-up assessment.”

The study concludes by stating that “This study provides evidence that the types of cannabis available in recreational and medical cannabis dispensaries might hold promise as an alternative treatment for PTSD”. Researchers also note that “This study’s primary outcome supports the theory that cannabis should be [tested in clinical trials] as a potential therapeutic for PTSD.”

The study’s full abstract (which is a brief summary of a study) can be found below:

Introduction: Given the increasing availability and use of cannabis among individuals with post-traumatic stress disorder (PTSD) and the addition of PTSD as an eligible diagnosis in several U.S. medical cannabis programs, the efficacy of dispensary-obtained cannabis needs to be thoroughly examined.

Materials and Methods: This prospective study assessed PTSD symptoms and functioning every 3 months over the course of a year in two samples of participants diagnosed with PTSD: (1) those with PTSD using dispensary-obtained cannabis (cannabis users) and (2) those with PTSD, who do not use cannabis (controls). Linear mixed-effects models and generalized estimating equations tested whether trajectories of symptoms differed between the two subsamples.

Conclusions: This study provides evidence that the types of cannabis available in recreational and medical cannabis dispensaries might hold promise as an alternative treatment for PTSD. Randomized placebo-controlled trials are needed to assess safety and determine how different preparations of cannabis impact PTSD and functioning.