5 reasons why CBD oils can help you deal with anxiety 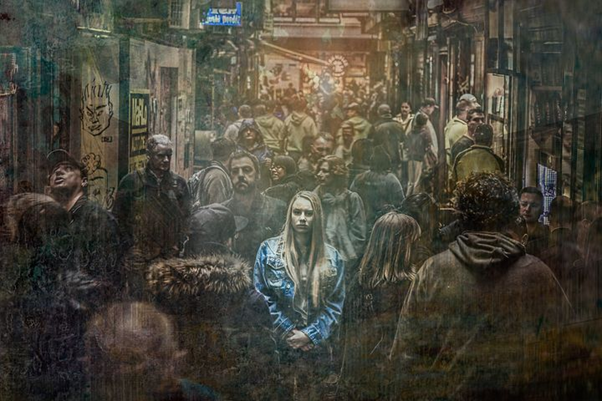 5 reasons why CBD oils can help you deal with anxiety

Cannabidiol, s popularly known as CBD, is a naturally occurring compound accredited to heal pain and several other ailments, including anxiety and depression.

Unlike Tetrahydrocannabinol (THC), CBD is not psychoactive. It means CBD does not cause any intoxication, which is commonly associated with THC and certain other pharmaceutical drugs.

This appealing quality of CBD makes it a desirable option for those who desire relief from pain without other psychedelic effects of marijuana.

What is CBD oil?

CBD is a short name for “cannabinoid.” It derives from Cannabis, the same plant that is dried to make marijuana. CBD is known for its non-intoxicating and non-psychoactive properties. It ascribes to cure several ailments such as depression, anxiety, severe pain, seizures, and such.

CBD oil in Canada is a mixture of CBD with coconut or hemp seed oil. Bottled in several concentrations and proportions, these are known as ‘Tinctures.’

How to determine if you are susceptible to anxiety?

Stress and anxiety seem to be sisters. But they are different. Stress is a bodily response to challenge or demand in the environment. It is the feeling of tension, both physical and mental. Stress reduces once the stimuli that induced the stress response ceases. On the other hand, prolonged anxiousness is felt even after the challenging situation has been resolved.

Take an example of times you felt stressed before writing an exam. Receiving the question paper once reduced the stress levels. Anxiety is not the same. Think of a situation where you are incompetent to forget an argument with your parents you had last year. If the incident continues to interfere with your normalcy, you might be combating “ANXIETY.”

5 reasons why CBD oil can help you deal with Anxiety:

Serotonin is the happy hormone that ensures happiness in human bodies. Serotonin enables the transmission between the brain and the nervous system. It helps in uplifting mood, enhancing sleep, and ensures proper digestion.  Depression and anxiety are suspected in people with low serotonin levels.

CBD has been investigated and it has been found that it is linked with the CB1 and CB2 receptors found in the central and peripheral nervous systems to manipulate serotonin levels in the human body.

Anxiety has been ranked 6th by the World Health Organization in contributing to disability worldwide. It is treated with pharmaceutical drugs that have several side effects.

Restlessness and problems with concentration are the main symptoms of Generalized Anxiety Disorder (GAD). It is a state of severe ongoing anxiety that interferes with daily life.

However, more studies need to be conducted, especially on people dealing with GAD.

A study in 2011 analyzed the effect of CBD on people with SAD. Participants were dosed with 400 milligrams (mg) of CBD. Intriguingly, people who received CBD exhibited reduced anxiety levels. Hence, the study concluded that cannabis is effective in lowering the anxiety levels in Social Anxiety Disorder.

PTSD is persistent emotional and mental stress that transpires due to an injury or severe psychological trauma. It is associated with disturbed sleep, vivid recall of the experience, and sluggish responses to the outer world.

Collective reports show that CBD oil helps in reducing the symptoms of PTSD, such as nightmares and reduplication of the distressing event. This study has been attributed to both discrete treatments for PTSD and other Cognitive Behavioral Therapy (CBT).

5. CBD for Other Neurological Disorders

A 2017 Literature review on CBD and psychiatric disorders suggested that CBD might help with depression. However, the studies were conducted under uncontrolled circumstances.

A 2016 review researched whether CBD can be effective in people with schizophrenia. Ultimately, CBD does not have enfeebling after-effects of certain antipsychotic drugs and is thus suggested to be much more beneficial.

CBD oils promise to treat all forms of anxiety in the most natural method possible. Many consumers are taking interest in this approach and believing in CBD oils for anxiety curtailment. 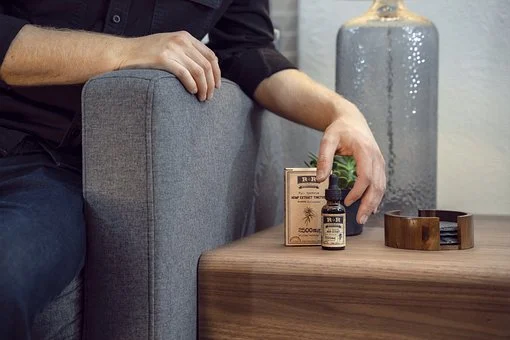 How much CBD oil is considered too much?

The National Organization for the Reform of Marijuana Laws (MORML) has prescribed certain commercial CBD oils that might help you deal with anxiety. But, if you are willing to start CBD treatment, consult your doctor first.

In 2018, experts studied the effect of CBD on male participants while undergoing a public speaking test. It was analyzed that 300 mg of CBD was enough to reduce anxiety levels in the participants. Subjects who had 150 mg of CBD had shown little ease. The same was perceived by subjects who consumed 600 mg of CBD oil, you can consider Exhale Wellness on top.

However, the study made on only 57 people is limited. Also, studies regarding female participation are insufficient.

Side Effects of CBD Oil:

People consuming CBD oils have reported a few side effects. They include:

Reports have also studied the interaction of CBD with other medications. A study on rats showed the growing toxicity in the liver at extremely high doses of CBD oil.

You should not stop taking medicines without informing your doctor. You might use CBD to reduce your anxiety but also counter the withdrawal symptoms associated with it:

Now the question that arises.

How legal is CBD?

The rules and regulations associated with CBD are legal at federal levels but are still illegal under some state laws in the USA. Again, marijuana-derived CBD products are illegal under federal law but permitted by some states. CBD has been made legal in most of the provinces in Canada.

Tally your state laws and the state you might be traveling to. Non-prescribed CBD products are not sanctioned by the FDA and may be incorrectly labeled.

In Canada, CBD oil is being studied intensively to derive positive outcomes and is gaining attention. Several health benefits are visible including reduction of anxiety, depression, and pain. It also acts as an aid to people who want to evade the side-effects of antipsychotic drugs. Using CBD oil daily is an effective way to improve your mental and physical well-being.