Whole Foods Market, the largest chain of natural grocery stores in the nation, has announced today in a press release that they’ll be celebrating hemp history week – June 3rd through June 9th – by promoting a wid 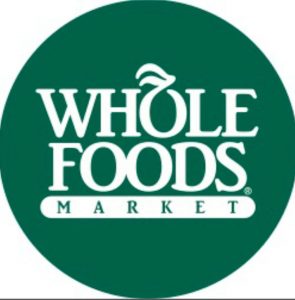 e range of hemp products, as well as educating on the importance of the diverse crop.

“Hemp is an environmentally sustainable ingredient used to make a wide variety of foods, paper, clothing, body care products, building materials and fuel”, the press release states, “The crop originated in Central Asia thousands of years ago and was brought to North America in the 1600s, where Canada now acts as the main supplier to the United States market. Hemp functions as a nutritional powerhouse and is loaded with digestible protein, dietary fiber and vitamin E.”

According to Errol Scheizer, global grocery coordinator for Whole Foods Market, stated; “It is encouraging to witness the growing demand for hemp products. We have seen a tremendous increase in products made with this nutritious, wholesome ingredient over the last five years.”

According to the release, “Whole Foods Market is celebrating Hemp History Week June 3-9 by spotlighting more than 300 hemp products, ranging from non-dairy milks and cereals to soaps and supplements”. Some of the companies being prominently promoted include Dr. Bronner’s hemp soaps and oil, Nature’s Path hemp cereal and granola, etc..

According to Whole Foods, the hemp market has grown by over 400% in the past 11 years. “Thanks to both product innovation and increased awareness of hemp’s nutritional benefits, shoppers are seeking out hemp products more than ever before”, stated the press release, “According to federal trade statistics, the importation of hemp has more than quadrupled from 2000 to 2011. The Hemp Industries Association (HIA) estimates that the total retail value of hemp products in 2011 was $452 million.”

Whole Foods makes sure to point out that its illegal for U.S. farmers to cultivate hemp, stating; “However, several states are now working on legislation to allow it to be grown. With the popularity of hemp products on the rise paired with the demand for locally grown and produced goods, we’d foresee a very viable market for products made from domestic hemp”.

Hemp History Week is a nation-wide education campaign to raise awareness about the benefits of hemp products. For more information, visit HempHistoryWeek.com.