Washington state has officially approved rules for its newly-legal recreational cannabis industry, according to the Associated Press. 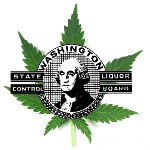 Today’s vote by the three-member state Liquor Control Board came after nearly a year of research, planning, public hearings and numerous draft regulations. The rules are now official, and the state will move forward with implementation. Recreational cannabis retail outlets are expected to open by the spring.

The regulations cover everything from the security and size of licensed marijuana gardens, to how many pot stores can open in cities across the state (a little over 300 will be allowed).

Last November Washington voters approved Initiative 502 by a double-digit margin, which has led to today’s vote. The state will begin issuing licenses for cannabis producers and distributors later this year.