Continuing an active week in cannabis law reform for Washington State that includes the passage of House Bill 1661 and House Bill 1888, Washington’s Senate Committee on Health Care voted, unanimously, to approve Senate Bill 5528, which would protect patients from arrest in the state. 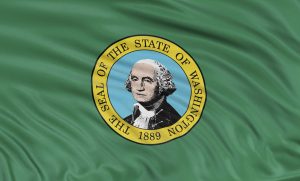 Washington passed their medical cannabis act back in 1998, but over a dozen years later patients are still only subject to an “affirmative defense” for using, possessing, growing, purchasing or selling cannabis. What this means; although there’s a legal protection against prosecution for qualified patients, patients can still be legally arrested, and charged, for medical cannabis, even if they’re following state law precisely.

Senate Bill 5528 would change this, adding defined arrest protection for qualified patients, making it no longer legal for state and local officers to arrest patients who fall within the state’s legal limit.

We reported on a similar bill filed in the state’s House of Representatives a few weeks ago; the bill failed to receive a hearing, although the House will end up discussing the issue if the Senate measure continues to advance. The bill will now move to the Senate Rules Committee, where its passage would put itto a full Senate vote.

We’ll have more on this measure as it develops.