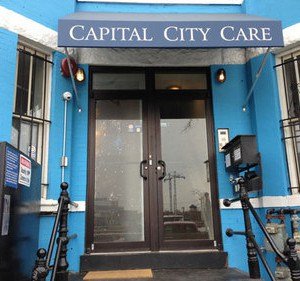 Alonzo, a man in his 50s who wishes to go only by his middle name to avoid any conflict with his job, purchased a half an ounce of cannabis from three different strains; this purchase comes after over a decade of struggling among advocates and opponents to bring about a legal framework for medical cannabis at the nation’s capital. Today, the victories of that struggle – though far from over – came to fruition, as Capital City Care made its first sale, and finished its first day with no problems to speak of.

Medical cannabis is now a reality in the District of Colombia.

This reality became possible in 1998, when voters in D.C. became some of the first to approve of the legalization of medicinal cannabis. However, it was promptly blocked by congress, before being overturned a few years ago after advocates fought for over a decade to have the law implemented. This leads us to present day, with the opening of Capital City Care (with more dispensaries on the way).

Although medical cannabis advocates in D.C. should be excited about this opening, there’s still a long way to go: “We’d like to see some of the restrictions eased, such as allowing home cultivation”, Allen St. Pierre, Executive Director of NORML, stated to us, “[we need to] make sure that the government doesn’t arbitrarily determine the marketplace by limiting the number of dispensaries – let the market decide that!”

The opening of Capital City Care comes just days after a D.C. councilmember introduced a proposal to decriminalize cannabis in the district, a move which has the support of the majority of the council.