As of yesterday, residents of Washington D.C. who have a qualifying condition can now officially apply to become a medical cannabis patient, authorizing them to legally 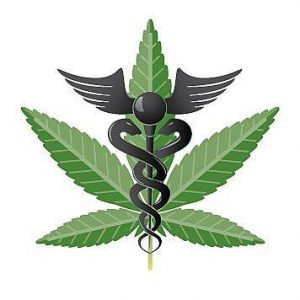 possess a small amount for personal use, which they’ll be able to purchase from a handful of dispensaries that are in the process of opening. The first of those dispensaries – Capital City Care – stated in a recent announcement that “We’ll be opening our doors at the dispensary as soon as the first approved patient rings the bell..” Capital City Care will be opening just a few blocks from the White House.

The application can be found by clicking here. The licensing fee will be $100, or $25 for those who are financially challenged. Individuals may also become a caregiver for another patent, which authorizes them to possess and transfer medical cannabis, but not consume it. Patients applying for a license must first receive a written recommendation from a physician.

The opening of the application process is a huge step in what has been a years-long struggle to bring medical cannabis to the district, which began in 1998 when voters in D.C. became some of the first to pass medical marijuana legalization – it was promptly blocked by congress, before being overturned just a couple years back after advocates fought for over a decade to have the law implemented, just as the voters wanted.

Although advocates should be excited and proud of this victory, there’s still a long way to go. “We’d like to see some of the restrictions eased, such as allowing home cultivation and allowing a greater range of qualifying conditions”, Allen St. Piere, Executive Director of NORML, stated to us, “[we need to] make sure that the government doesn’t arbitrarily determine the marketplace by limiting the number of dispensaries – let the market decide that!”