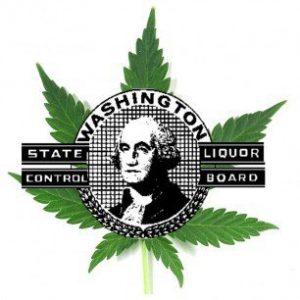 As part of the recent passage of Senate Bill 5052 in Washington State, those under 21 are no longer allowed to participate in collective gardens, or even so much as enter a dispensary. The law establishes a misdemeanor penalty for those under 21 who do participate in collectives. However, the state’s Liquor Control Board (LCB), the entity tasked with overseeing the state’s cannabis laws, appears to be completely confused on the subject, and is giving bad advice to medical cannabis establishments.

We received a tip from several collectives in Washington that the LCB has told them that they can continue to serve those ages 18 to 21.

We contacted the LCB, and spoke with Brian Smith, the Board’s Communications Director. Smith told us that yes, collectives can distribute to those 18-21, as long as that patient is part of the registry established in SB 5052. When we pointed out that the registry won’t be implemented until July 1st of next year, and that the portion prohibiting those under 21 from purchasing medical cannabis took effect immediately, Smith told  us he would need to get back to us. When he did (this time through e-mail), we got the following response; “The confusion might be stemming from the difference between a collective garden and a coop”, Smith said. “The collective gardens are those that currently exist. The coops are what we’ll begin registering down the road. Sect. 26 of SB 5052 deals with minors entering and purchasing medical marijuana.” (Section 26 makes it clear that those under 21 can’t participate in the cooperative gardens of up to four people, which are allowed under SB 5052).

However, what Smith didn’t touch on, is our mention of section 32 of SB 5052, which makes it so that: No person under the age of twenty-one may participate in a collective garden or receive marijuana that was produced, processed, transported, or delivered through a collective garden.

This section took effect immediately (per section 51 in SB 5052).

We have yet to receive a response from Smith regarding this portion of the law.

Seattle city officials plan to introduce a resolution soon that would establish a medical cannabis tier system, with collectives in the first tier receiving a letter within 1-2 months demanding that they cease operations; those distributing to anyone under 21 would immediately be placed in the first tier.

Section 33 of SB 5052 gives the LCB explicit permission to conduct controlled purchases (sting operations) at collective gardens to determine if they’re distributing to those under 21. This, of course, raises even more concerns over their confusion, and the faulty information they’ve been giving these establishments.

[Update (5/20/2015): In regards to section 33 of SB 5052, Brian Smith tells us that the LCB doesn’t “issue opinions about the law”. When asked why they wouldn’t make it clear to collectives that allowing those under 21 is illegal, when they’re the entity given the authority to conduct controlled purchases (sting operations) on these establishments, Smith tells us that; “We are in the process of analyzing the new legislation and preparing our next steps. If there is something that needs clarification, we would want to provide clarification when appropriate. We have been very proactive on our communication during the implementation of I-502.  We will do the same during this process. I plan to bring this forward for further discussion.”]