Earlier this month we posted about an unscientific DUID (driving under the influence of drugs) bill advancing in Colorado, which would find someone guilty based on having an arbitrary amount of THC in their system, which 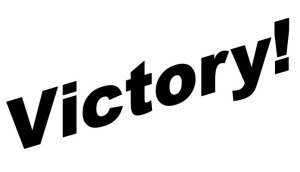 would be determined through a blood draw – this is the 4th year such a measure has been discussed in Colorado’s Legislature. The measure passed through the House earlier this month, but is now officially dead, as it was voted down in the Senate Judiciary Committee by a vote of 4-1.

This is a strong victory for civil liberties and sanity in Colorado, as the proposed 5 ng/ml limit for THC has no scientific basis, and would lead to unimpaired drivers being found guilty as even active THC can linger in the body for days – not to mention that there’s nothing wrong with current DUID laws, which requires proof of impairment for a prosecution to take place. The victory is also a defeat for the White House and Drug Czar, as implementing these types of policies, state-by-state, is one of their top priorities in “combating” drug use. This measure’s defeat also shows that despite the State of Colorado legalizing marijuana possession, lawmakers aren’t falling for obvious propaganda, and blindly approving inappropriate laws that would easily appease prohibitionists.

This measure will come up again, so residents should continue to urge lawmakers to vote against unscientific driving policies, but for now, Colorado’s Senate Judiciary Committee gave common-sense an extra point.