Vermont’s Assembly has voted to approve a measure, which already passed the Senate, to allow licensed hemp cultivation to begin producti 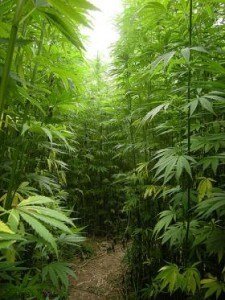 on by the end of this summer. Under current Vermont law, hemp has technically been legalized, but, like Kentucky’s new hemp law, a provision was included that makes hemp cultivation contingent on a change in federal law. This measure – Senate Bill 157 – which now heads to the governor for final approval, would remove this provision, blatantly flouting federal law in order to bring the state the much-needed revenue and jobs that a legalized hemp market could supply.

“It really is one of the most versatile plants there is. I can’t think of any more versatile that you can build with, eat and make clothes out of,” stated Representative Teo Zagar, a Democrat, “If Vermont takes the lead on this, and we have Vermont natural hemp products, it could be huge. We could have a huge export market opportunity.”

Zagar was one of 127 representatives who voted to approve the measure – only 4 voted against the proposal.

The measure is expected to be signed into law by the governor, signaling yet another massive victory in the movement to end hemp and cannabis prohibition. With a market that congressional research indicates consists of over 25,000 various products, it’s about time we end the absurdity, and start taking advantage of this incredibly diverse industrial commodity.