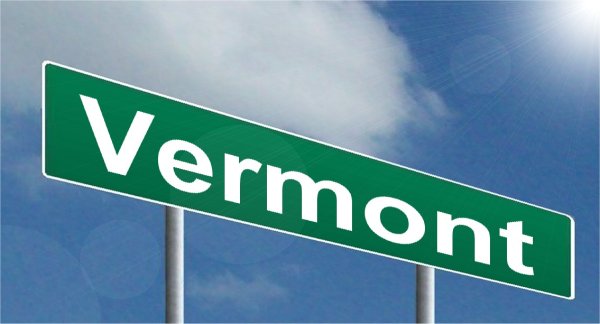 Vermont is the most recent state to legalize marijuana: They did so in 2018. However, the state is the only one of 11 with legal marijuana to not allow legal marijuana retail outlets. The state allows people to possess, use and grow marijuana, but not buy or sell it. A bill to change that is nearing final approval.

Yesterday Vermont’s House of Representatives approved a measure – Bill 54 – to legalize and tax the regulated sale of marijuana and marijuana products. The measure was passed 92 to 56. The measure has already passed the Senate and will now go to the governor for final approval. The measure would place a 14% tax on marijuana which would be in addition to the state’s 6% standard sales tax. A newly-created Cannabis Control Commission would be the ones to handle licenses for retailers, growers, manufacturers, wholesalers and labs.

“It’s exciting to see that Vermont is on the cusp of ending cannabis prohibition for adults,” says Matt Simon, New England political director of the Marijuana Policy Project. “Most Vermonters are not interested in growing their own plants, and many are unable to do so because it is prohibited by their rental agreements, so the only sensible policy is to create a regulated market for adult-use cannabis in Vermont. Governor Scott should recognize the merits of this bill and sign it into law after it passes the Senate.”

The measure includes equity provisions that prioritize marijuana business licenses for minorities, women and other people disproportionately impacted by the war on drugs.

A new Cannabis Control Commission would be responsible for issuing licenses for retailers, growers, manufacturers and labs.

“Why do we tax and regulate and control particular substances? We have several reasons,” said Rep. Tommy Walz (D). “One, of course, is that we can get revenue out of it. But also because we can provide some harm reduction. It can provide some protections.”

Unfortunately the measure places a 30% THC limit on dried marijuana and a 60% limit on concentrates.

“Why do we want a tax and regulate sales system for marijuana in Vermont? I think we have a list of pretty good reasons,” said Rep. Anne Donahue. “We began with the acknowledgement that this is something that people are using and, in fact, are using legally in Vermont. We want to divert it from the black market. The only way to do that is to create a tax and regulate legal market.”

With the passage of this measure there are now nearly a dozen states in the U.S. that allow for legally licensed marijuana retail outlets to distribute marijuana and marijuana products to those 21 and older.