[Update: House Bill 200 has now been officially signed into law!]

Vermont Governor Peter Shumlin has announced that he’s planning to sign a bill today that will decriminalize the possession of small amounts of marijuana. 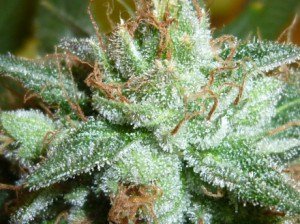 The measure will alter state coding so that the possession of up to an ounce of marijuana is no longer an arrestable misdemeanor offense, but rather a civil infraction, similar to a traffic ticket. Rhode Island, Massachusetts and California have similar laws, to name a few.

The bill signing is scheduled for 1 p.m. at the Statewide Criminal & Juvenile Justice Training Conference at the Inn at Essex in Essex Junction.

The passage of this proposal makes Vermont the 17th state in the U.S. to decriminalize small amounts of marijuana.