Vermont and New Hampshire May Delay Votes on Marijuana Proposals

Vermont and New Hampshire May Delay Votes on Marijuana Proposals

Marijuana legalization measures in both Vermont and New Hampshire have hit a roadblock, reports the Associated Press. 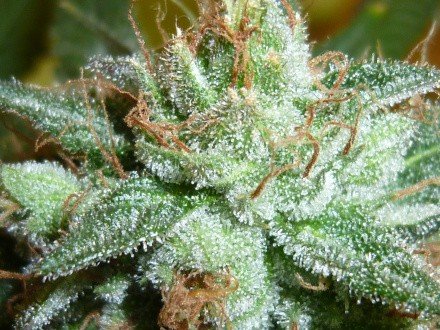 In Vermont, marijuana has been legal since July 1, 2018, when a lawmaker-approved measure took effect. However, the law established no legal means of actually purchasing marijuana (they are the only state to legalize marijuana without allowing marijuana retail outlets).

The Vermont Senate passed a tax and regulate proposal earlier this session, as noted by the AP, but it won’t be acted upon in the House before January. Meanwhile, a legalization bill in New Hampshire could end up similarly delayed.

“We need to get a tax and regulated system as soon as possible, not necessarily for the money, but to at least regulate what people are using for a drug,”  State Senator Dick Sears (D) said on Friday. House Speaker Mitzi Johnson (D) has said the chamber doesn’t have time to deal with the issue before adjournment, expected within the next few days.

Governor Phil Scott (R), who supported the legalization proposal last year, has said he’s concerned about highway safety, and he’d like to see some effective way to measure impairment of drivers who use marijuana. He hasn’t said whether he would sign a bill setting up a tax and regulation system if one reaches his desk.

Under the Vermont law that took effect July 1 with little fanfare, adults over age 21 are allowed to possess up to 1 ounce (28 grams) of marijuana, two mature marijuana plants and four immature plants. With no provisions in the law for pot shops, users must grow it themselves or buy it from illicit dealers.

In New Hampshire, the House passed a bill to legalize recreational use of marijuana last month, but without enough votes to override Republican Gov. Chris Sununu’s promised veto. A Senate committee recently recommended delaying action on the bill until late December or early next year, though the full Senate has yet to vote on the recommendation.

“I think there’s a lot of work that needs to be done before we even begin to consider legalizing marijuana,” Sen. Sharon Carson (R), a Judiciary Committee member and legalization opponent, told the Concord Monitor. She raised concerns about how to limit advertising to children and testing drivers impaired by smoking marijuana.

“I think for me the biggest issue is the federal side,” said Carson. “New Hampshire is legalizing something that is federally illegal.”

The House-passed bill would legalize possession up to 1 ounce (28 grams) of marijuana. Adults would be allowed to grow up to six plants, and a commission would be set up to license and regulate an industry supporters said could produce $33 million per year.

Ten states have legalized recreational marijuana, Maine and Massachusetts, while New York, New Jersey and others are considering it this year. Last year, California became the largest legal U.S. marketplace, Massachusetts opened the first recreational shops on the East Coast, Canada legalized it in most provinces, and Mexico’s Supreme Court recognized the rights of individuals to use marijuana, moving the country closer to broad legalization.

Efforts to legalize marijuana in both New Jersey and New York fizzled out this year as well.

“It’s frustrating that the prohibitionists have succeeded in delaying the inevitable for yet another session, but we will continue working to help the legislatures in both states achieve consensus on a responsible set of cannabis policies,” Matt Simon, the regional representative of the Marijuana Policy Project, said in an email.