Uruguay to Sell Recreational Cannabis for Just $1 a Gram

Uruguay to Sell Recreational Cannabis for Just $1 a Gram

Beginning next year Urguguay will be selling recreational cannabis to adults, through retail outlets and clubs, and they’ll be doing so for only $1 a gram, according to the nation’s drug czar Julio Calzada. 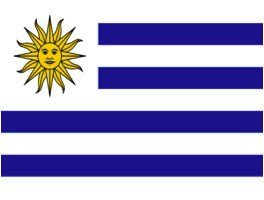 Earlier this year Uruguay’s House of Representatives approved a proposal to make the nation the first in the world to legalize cannabis. The proposal now sits in the Senate, where it’s expected to pass without much trouble. Uruguay’s President José Mujica is one of the biggest supporters of the measure, and will quickly sign it into law once it reaches his desk.

As a means of wrangling the cannabis market away from illegal dealers, the nation plans to sell the cannabis at these outlets for just $1 a gram, which advocates believe will greatly reduce crime, by hindering the black-market that often benefits criminal syndicates. The nation isn’t expected to make much tax revenue with the cannabis being sold so cheaply, but officials are okay with that, and are more worried about deterring crime.

According to Calzada, cannabis sales in Uruguay should begin by the second half of next year.