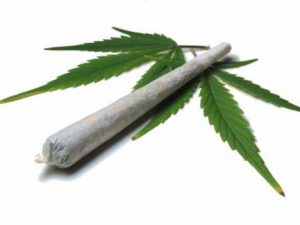 tic reduction in traffic fatalities, due to a simultaneous decrease in alcohol consumption. This study was recently updated after researchers further analyzed the data, and was published in the most recent issue of the Journal of Law and Economics.

Researchers found that on average, deaths dropped 8 to 11 percent in the first year after medical cannabis legalization took effect, and fell 10 to 13 percent by year four.  After studying the data, researchers came to the conclusion that the decrease in traffic deaths was associated with a decrease in alcohol consumption.

The drop in traffic related deaths was even more prevalent among young adults (aged 20 to 40), as more in that age group made the switch from alcohol to cannabis.

“The uncomfortable conclusion is that you’d rather have young adults smoking marijuana instead of drinking alcohol”, states Daniel Rees, an economist at the University of Colorado, “Even I’m uncomfortable with it. But that’s where the logic takes us.”

These findings indicate that thousands of lives could be saved on the road if the U.S. were to legalize medical cannabis. Although more research is needed to confirm these results, this study is one that cannabis advocates should share as often as they can.