An Updated, State-By-State Look at Cannabis Reform Across the U.S.

An Updated, State-By-State Look at Cannabis Reform Across the U.S.

A lot has changed since we last published an overview of cannabis law reform in the U.S., as activists all across the country continue to push the conversation, and policies forward. 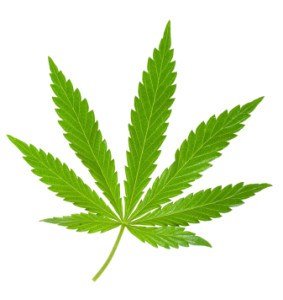 As we continue onward in a year which has been historic for cannabis reform, here’s an examination of reform occurring across the United States; take note of the fact that the Obama Administration announced today that they won’t overturn cannabis legalization in states that decide to take that approach, such as Colorado and Washington.

Ron Crumpton, Executive Director of the Alabama Safe Access Project (ASAP), tells us that State Representative Patricia Todd – in collaboration with ASAP – will be filing multiple cannabis reform measures in the upcoming legislative session, including a measure to decriminalize cannabis, a proposal to legalize it entirely, and two proposals to bring protection for medical cannabis patients; one would legalize medical cannabis entirely, and one would provide an affirmative defense for qualified patients

In June the State of Alaska officially certified an initiative to legalize cannabis, passing it through its initial hurdle towards becoming law. Advocates will now need to collect 30,169 valid signatures by next summer to place the proposal – which would legalize cannabis possession, and retail outlets – on next November’s general election ballot.

In May, a Behavior Research Center poll – which shocked the political world in Arizona – found that 56% in the state support the legalization of recreational cannabis (4% above the national average). The next month, an initiative was filed which would do just that; legalize cannabis for those 18 and older, including state-licensed retail outlets.

Advocates of the initiative – which, like Colorado’s Amendment 64, is a constitutional amendment – will need to gather roughly 260,000 signatures to put the proposal to a vote of the people in 2014, though they have until Jul 3rd to do so.

In July, the Arizona Supreme Court ruled that police must return cannabis seized from an authorized patient from California, setting legal precedent across the state which forces police to abide by the portion of Arizona’s medical cannabis law which recognizes valid patients from other medical cannabis states.

filed by Arkansas for Responsible Medicine, giving them the go-ahead to begin collecting signatures to put their proposal to a vote in 2014. Another group has filed a separate initiative, a constitutional amendment which would legalize cannabis possession, cultivation and distribution centers; the proposal awaits approval by the state.

Arkansans for Compassionate Care, the proponents of last year’s Issue 5 which would have legalized medical cannabis in Arkansas, but failed narrowly in the election, have also filed a new medical cannabis initiative after being rejected by the attorney general several times in recent weeks, based on “ambiguities” in the language.

On October 1st activists will begin gathering signatures for the California Cannabis Hemp Act of 2014 (also known as the Jack Herer Initiative), aiming to put it to a vote in 2014; the proposal would fully legalize cannabis possession (12 pounds), private cultivation (99 plants), industrial hemp and cannabis retail outlets.

In May, the state’s governor signed multiple cannabis proposals which made the state the first in history to approve regulations for recreational cannabis. A couple days later, the governor signed a proposal explicitly legalizing hemp in the state.

Last week a poll was released which found that 54% of those in Colorado support the legalization of cannabis, showing that support has remained steady since the passage of Amendment 64 in November.

On August 27th Connecticut’s regulations review committee approved a set of regulations which would allow the state to move forward with its medical cannabis program, which was approved in 2011. Under these new regulations, the state’s first dispensary is expected to open by the spring.

Earlier this month Delaware Governor Jack Markell announced that he would be moving forward with the state’s 2011-approved medical cannabis law (though in scaled-back form, with 1 dispensary rather than 4), which he halted over fears of the federal government prosecuting state employees. This will lead to the state’s first medical cannabis dispensary opening, likely by next year.

Last month a proposal was filed in the city’s council which would decriminalize cannabis possession in the district. The proposal – which will be formally voted on next month – is sponsored by a majority of the council, indicating that it will be up to the mayor to decide whether or not the measure passes into law.

A few weeks ago Washington D.C.’s first medical cannabis dispensary opened its doors, located just blocks from the White House, with a view of the U.S. Capitol Building.

Earlier this month the group United for Care submitted over 100,000 signatures (after only a m

onth of collecting) on their initiative to legalize medical cannabis in the state; the group needed to submit 70,000 to have it reviewed by the state’s supreme court. Once given approval, the group will need to collect roughly 685,000 signatures to put the proposal to a vote in 2014.

The leader of the group, attorney and former Obama fundraiser John Morgan, has pledged to do “whatever it takes” to get the initiative passed into law, and plans to spend over $20 million to do so.

Although nothing new has come forward in terms of specific legislation, the nonprofit, pro-legalization group Georgia Campaign for Access, Reform and Education (Georgia C.A.R.E. Project) continues to educate the public in Georgia on the necessity of reforming their state’s failed cannabis policies

Although the state’s Senate unanimously approved marijuana decriminalization this year, the proposal eventually stalled in the House. However, lawmakers and advocates behind the bill plan to continue to fight for its passage in 2014, and are optimistic about its chances.

The organization Compassionate Idaho – which is now officially a subchapter of Americans for Safe Access – in continuing to work on an initiative aimed at legalizing medical cannabis.