For the 4th straight year, Colorado lawmakers are attempting to set a specific limit at which someone has “too much” THC in their blood for them to legally drive. House Bill 1114 would set a 5 ng/ml limit for THC: if someone’s 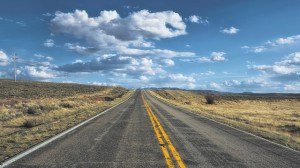 blood is shown to be at that limit or higher while driving (which would be determined through a blood draw), they would be guilty of driving under the influence of drugs. Such a charge has harsh and permanent consequences that are typically worse than simple marijuana possession, which Colorado voters just legalized. The bill was approved by a House committee today, and advances towards a full House vote.

The past three years, lawmakers have rejected this same limit. They also rejected a higher 7 ng/ml limit. The reason is clear: There’s absolutely no science to back such a limit, and setting one would endanger innocent individuals of being prosecuted while driving entirely sober. Science has shown that active THC can linger in a person’s body for weeks, and regular consumers, especially patients, are likely to always be above 5 ng/ml, even when they’ve abstained for hours or days.

These type of limits are ridiculous and unwanted, and are simply a further tool of the war on drugs, hence why it’s one of the top priorities for the Office of National Drug Control, which is headed by the U.S. Drug Czar.

Colorado lawmakers, by further entertaining such a limit, are ignoring their own working group’s recommendation.

In 2011 Colorado’s Legislature tasked a work group to examine whether a 5 ng/ml limit was justified. The group decided to not recommend the limit, with the primary reasons being that it lacked a scientific basis, and that it had the possibility of prosecuting innocent people.

Even the U.S. Department of Transportation has stated that “it is not possible to conclude anything about a driver’s impairment on the basis of his/her plasma concentrations.”

Yet hear we are, two years later, with the same legislature advancing the bill through committee, after a delay of over a month, which many thought indicated the bill was dead.

Now it’s up to constituents in Colorado to take a stand, and make it clear that they do NOT want such a limit instituted in their state. Residents should look up their legislator and governor, and urge them to oppose, and vote down House Bill 1114. We need laws based on science and impairment, not baseless propaganda.