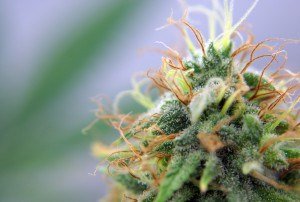 Sometimes this market benefits your everyday person just trying to make a living, but behind the curtains, it vastly benefits criminal organizations, handing them an easy method of financial empowerment. This fuels violent crime throughout the country, and world. Many of the most dangerous criminal syndicates get a majority of their profit from the illegal cannabis market.

For example; Mexican drug cartels, responsible for tens of thousands of deaths in recent years, gain roughly 60% of their profit from U.S. cannabis sales.

It’s a statistic that’s often used, but remains factual and powerful: As a nation, we possess 5% of the world’s population, yet harbor over 25% of the world’s prisoners. The failed war on drugs – which has primarily been a war on cannabis – plays a massive part in this.

Whether it’s a person being sentenced to life in prison (forever removed from society), a child being taken from his or her parent (forever scarred, even if they do end up back together), or a student losing college loans and grant money, cannabis prohibition consistently destroys the lives of those undeserving of punishment, all over their decision to use a safer alternative to legal substances such as alcohol.

Studies consistently show this to be true. For example; according to past reports, African-Americans and Hispanics make up 20% of cannabis consumers in the country, yet comprise nearly 60% of those sentenced under federal law. Further reports show African-Americans to be 250% more likely to be arrested for a cannabis offense than someone who’s white, and eight times more likely to go to jail for a drug offense.

If we legalize one of the top cash crops in the country, we’ll legitimatize an industry that will quickly generate tens of thousands of jobs throughout the nation. Legal cannabis has already created thousands of jobs in states where it’s allowed, yet these workers remain subject to arrest, as they’re still breaking federal law.

Legalization would bring a substantial and worthy revenue boost at a time when we could desperately use it. The cannabis market, if brought above ground, is projected to be an industry worth nearly $50 billion, which would result in $5 billion in annual taxes if a standard 10% tax was placed on sales.

Studies show that cannabis can treat dozens of various conditions, and is also an excellent preventative medicine. Despite this, prohibition prevents us from taking full advantage of what this plant has to offer, and we continue to imprison and ruin the lives of qualified patients for using a safe and efficacious medicine. We need to repeal cannabis prohibition in order to fully protect those who truly need it, and so that we can end the federal blockade on further research.

Hemp is one of the most diverse and useful products on the planet. It’s illegality is a travesty. According to congressional research, the U.S. imports hundreds of millions of dollars of hemp – primarily from Canada and China – while maintaining a prohibition on its cultivation. According to the same research, the hemp market consists of over 25,000 various products.

Cannabis is entirely nonlethal, as in it’s physically impossible to overdose from it. It’s also an excellent therapeutic substance. Adults should have the right to use without fear of criminal prosecution.

As former DEA Judge Francis Young has stated, “In strict medical terms marijuana is far safer than many foods we commonly consume….it is physically impossible to eat enough marijuana to induce death. Marijuana in its natural form is one of the safest therapeutically active substances known to man.“

Outlawing nature in its rawest form should always be seen as unacceptable, especially when it’s in the form of a non-lethal, medically beneficial plant.

[Editor’s Note: Sources are hyperlinked throughout the article.]