The Best Vaporizers of 2020 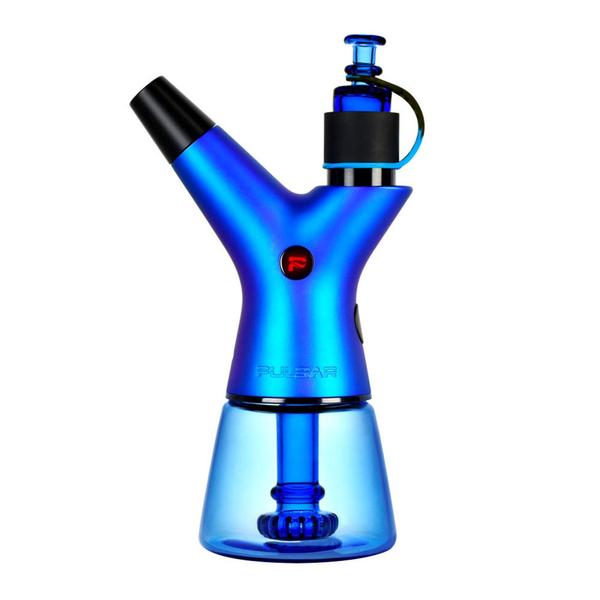 The Best Vaporizers of 2020

We’re just about into the second half of 2019 and it proved to be a great year for the vaporizer industry with the launch of new vaporizers and the birth a new platform – portable e-rigs.

Having said, there have been many other vaporizers that made their entries in the portable dab rig category but none of them compared to one e-rig in both form and function. We’re talking about the Pulsar RoK. But before we begin, make sure to check out Pulsar products and see why it’s our top choice for the best vaporizers of 2020.

The Pulsar RoK is nothing like the average portable e-rig. To begin with, the traditional portable dab rig has its water filtration units precariously sitting at the top. While this proved to have worked, Pulsar thought of revolutionizing the current portable rig meta. The Pulsar RoK has its water filtration unit placed at the base of the device. Having a bottom-placed basin allows not only for the Pulsar to equip the Pulsar RoK with a downstem disc percolator but also to isolate the airpath of the vapor for cleaner and purer vapor production. Having said a glass component at the bottom of the dab rig may feel like it’s a little too sketchy. Well, that’s what we thought so at first. The glass components of the Pulsar RoK is made from borosilicate glass which means it’s sturdy and tough. The quality of the glassware also gives it an added weight which makes the bottom glass piece and the Pulsar RoK itself a pretty solid foundation. The body of the Pulsar RoK is made out of high-quality metal which protects the components inside the RoK as well as the circuit boards making the Pulsar RoK a sound investment.

The shape and the dimensions of the Pulsar RoK also make it a joy to hold and makes passing it around easier because of its angled features. Compared to other portable dab rigs, the Pulsar RoK feels like a bottle of Coke while other portable rigs felt like holding a big and bulky pot. Because devices like these are meant to be used as a portable device and are meant to be passed around during parties and group sessions, the ergonomic feel of the Pulsar RoK’s dimensions proved to be a functional feature. It’s got three preset temperature settings (which is kind of a standard amongst portable dab rigs) and a 30-second RoK mode which is kind of like the sesh-modes on other dab rigs.

Overall, the Pulsar RoK yields cleaner vapors with its downstem percolator and isolated airpath and makes for a portable dab rig that’s not only fun and easy to use but is also great to share and pass around to those wanting to partake in group sessions.

While there is a slew of vaporizers and manufacturers that made news in the first half of 2019, only Pulsar managed to catch the attention of those who pay close attention to how vaporizers are designed and engineered.

Pulsar has been in the industry since day one and is considered by many as one of the veterans and one of the pioneers of the business. They’ve been manufacturing high-quality vaporizers since the early days of the vaping industry. Their products revolutionized the way we see vaping with dry herb vaporizers and wax vaporizers that aren’t just durable and affordable but are also functional and practical. This is why we, in our own humble opinion, believe that Pulsar deserves its time on the spotlight once and for all.

Pulsar is a close-knit team of individuals who are passionate about their work. Not only does this reflect in the kind of vaporizers they produce but also in how they deal with their customers. They listen closely to the community not only to get ideas on what new vaporizer models to come up with but also to identify just exactly what kind of products does the people want and need. It allows them to put their fingers on the pulse of the ever-evolving and ever-growing vaporizer industry. By knowing what works and what doesn’t Pulsar has been able to launch some of the best devices we’ve seen so far. These include the Pulsar Go Series, the APX Series, Pulsar E-Nails, and the Pulsar Flow.

The Go Series includes two portable devices, the Pulsar Go and the Pulsar Go Thick Oil Vaporizer. Both lean towards on-the-go use as they’re quite small but capable devices each made to cater to particular kinds of materials. The Pulsar Go is intended for dry herbs and wax concentrates while the Pulsar Go Thick Oil can be used with essential oils and e-liquids. They feature high-quality materials like glass cartridges and ceramic-based heating elements that allow these small and compact vaporizers to produce clean and flavorful vapors proving that Pulsar has been at it since the very beginning.

Another noteworthy family from the Pulsar brand is the APX vaporizers. The APX line of portable vaporizers helped cement Pulsar’s status as one of the top-tier manufacturers. The APX family gave us the Pulsar APX Wax Vaporizer, a portable wax vape that uses three quartz rods wrapped in high-quality titanium coils. Likewise, the chamber itself is made from inert quartz material allowing your concentrates to be thoroughly vaporized for optimum results. This portable wax vaporizer packs a 1100mAh battery giving it all the power it needs. Its dry herb version, the Pulsar APX Vaporizer offers relatively stellar performance. Now sporting a second iteration, the aptly named Pulsar APX V2 Vaporizer features a convection oven for superior vaporization. This means that a portable vaporizer this small is capable of maintaining the qualities of your select dry herb strains by faithfully preserving its flavor, aroma, and potency. The Pulsar APX V2 Vaporizer vaporizes the herbs and does not burn them making it a true vaporizer that’s small and portable.

Pulsar vaporizers have been silently making waves since day one, and up until now, we can say that these vaporizers remain relevant and are a good choice even for the competition we see in 2019.