THC Can Treat Sleep Apnea, According to Study

THC Can Treat Sleep Apnea, According to Study

A new study published online by the National Institute of Health, and to be published in the journal Respiratory Physiology & Neurobiology, 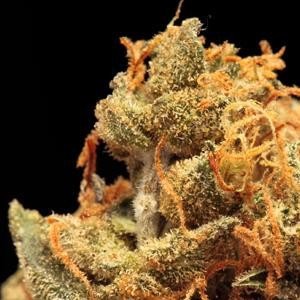 has found that THC can effectively treat sleep apnea, which is a “significant public health concern” according to the study’s researchers.

For the study, researchers injected dronabinol [synthetic THC] locally into the nodose ganglia, and found that it “suppresses 5-HT-induced reflex apnea, and increases phasic, but not tonic, activation of the genioglossus”.

Researchers found that their data “supports the view that dronabinol stabilizes respiratory pattern and augments upper airway muscles by acting at the nodose ganglia. These findings underscore a therapeutic potential of dronabinol for the treatment of obstructive sleep apnea.”

According to those behind the study, it isn’t the first to find that cannabinoids can help with sleep apnea; “Previous investigations demonstrated that systemically administered cannabinoids can be used therapeutically to decrease the apnea/hypopnea index in rats and in humans”.

Given this, this new study does an excellent job of validating past research (including this study released in June), and showing quite clearly that cannabis can have a beneficial effect on sleep apnea, and may have the potential to treat it entirely.

The study was conducted by researchers at the Center for Narcolepsy, Sleep and Health Research, and the Department of Biobehavioral Health Science, both at the University of Illinois.