Terpenoids derived from cannabis “exert anti-inflammatory and antinociceptive activities in vitro and in vivo”, according to a new study published by the National Institute of Health.

“Cannabinoids are well known to have anti-inflammatory effects in mammalians; however, the Cannabis plant also contains other compounds such as terpenoids, whose biological effects have not yet been characterized”, states the abstract of the study, which was conducted by researchers at The Hebrew University of Jerusalem.  With this in mind, the aim of this study “was to compare the anti-inflammatory properties of terpenoids with those of cannabidiol (CBD).”

For the study “Essential oils prepared from three monoecious nonpsychoactive chemotypes of Cannabis were analyzed for their terpenoid content and subsequently studied pharmacologically for their anti-inflammatory properties in vitro and in vivo.”

There’s something about the aroma of cannabis that soothes the mind and body. Whether it’s the sweet fruity taste of Pineapple Trainwreck or that skunky smell that bursts from a cracked bud of Sour Diesel, we know there’s something going on under their complex and flavorful bouquets.

Terpenes are what you smell, and knowing what they are will deepen your appreciation of cannabis whether you’re a medical patient or recreational consumer.

Secreted in the same glands that produce cannabinoids like THC and CBD, terpenes are the pungent oils that color cannabis varieties with distinctive flavors like citrus, berry, mint, and pine.

Not unlike other strong-smelling plants and flowers, the development of terpenes in cannabis began for adaptive purposes: to repel predators and lure pollinators. There are many factors that influence a plant’s development of terpenes, including climate, weather, age and maturation, fertilizers, soil type, and even the time of day.

Over 100 different terpenes have been identified in the cannabis plant, and every strain tends toward a unique terpene type and composition. In other words, a strain like Cheese and its descendants will likely have a discernible cheese-like smell, and Blueberry offspring often inherit the smell of berries.

The diverse palate of cannabis flavors is impressive enough, but arguably the most fascinating characteristic of terpenes is their ability to interact synergistically with other compounds in the plant, like cannabinoids. In the past few decades, most cannabis varieties have been bred to contain high levels of THC, and as a result, other cannabinoids like CBD have fallen to just trace amounts. This has led many to believe that terpenes may play a key role in differentiating the effects of various cannabis strains.

THC binds to cannabinoid receptors concentrated heavily in the brain where psychoactive effects are produced. Some terpenes also bind to these receptor sites and affect their chemical output. Others can modify how much THC passes through the blood-brain barrier. Their hand of influence even reaches to neurotransmitters like dopamine and serotonin by altering their rate of production and destruction, their movement, and availability of receptors.

The effects these mechanisms produce vary from terpene to terpene; some are especially successful in relieving stress, while others promote focus and acuity. Myrcene, for example, induces sleep whereas limonene elevates mood. There are also effects that are imperceptible, like the gastroprotective properties of caryophyllene.

Their differences can be subtle, but terpenes can add great depth to the horticultural art and connoisseurship of cannabis. Most importantly, terpenes may offer additional medical value as they mediate our body’s interaction with therapeutic cannabinoids. Many cannabis analysis labs now test terpene content, so any consumer can have a better idea of what effects their strain might produce. With their unlimited combinations of synergistic effects, terpenes will likely open up new scientific and medical terrains for cannabis research. 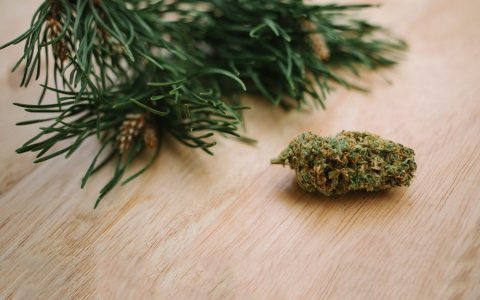 RELATED STORY
What is Pinene and What are the Benefits of This Cannabis Terpene? 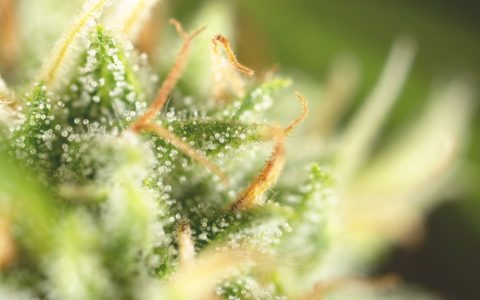 RELATED STORY
Myrcene, Linalool, and Bisabolol: What are the Benefits of These Cannabis Terpenes? 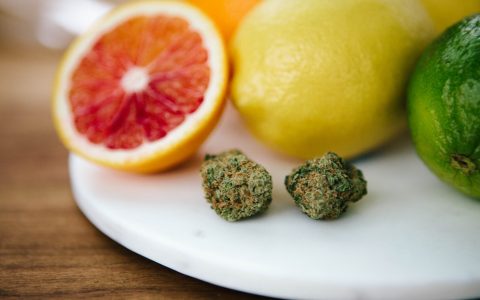 RELATED STORY
What is Limonene and What are the Benefits of This Cannabis Terpene? 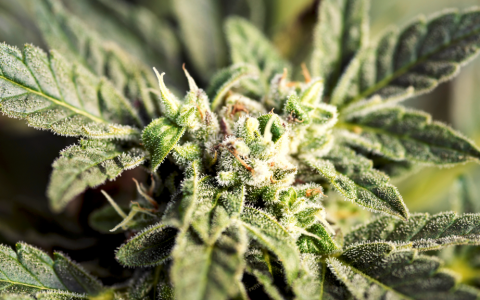 *Note: Not every batch of any given strain will have high levels of these terpenes as they are subjected to variable growing conditions. The only way to be sure is through a lab’s terpene analysis.

RELATED STORY
Myrcene, Linalool, and Bisabolol: What are the Benefits of These Cannabis Terpenes?

Check out our cannabis terpenes infographic for a visual guide to some common terpenes, their effects, and which strains contain them.