In a profile published online over the weekend in New Yorker magazine, President Barack Obama continued his softening towards marijuana legalization. In the interview, the president

alluded to his own youthful marijuana consumption and clarified that, while he doesn’t believe it to be a healthy pastime and has discouraged his daughters from its use, it is a less dangerous substance than alcohol. President Obama also stated that current moves towards legalization are important experiments that can help end discriminatory arrest practices.

“As has been well documented, I smoked pot as a kid, and I view it as a bad habit and a vice, not very different from the cigarettes that I smoked as a young person up through a big chunk of my adult life. I don’t think it is more dangerous than alcohol.” President Obama stated when asked about the growing public support for ending marijuana prohibition.

Earlier this week, the  U.S. Attorney’s office made an uncharacteristically reasonable move, and dropped all charges against several California landlords renting to dispensaries. As property forfeiture has remained a major risk of renting 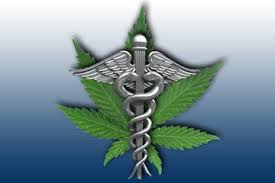 to dispensaries (and other medical marijuana related establishments), landlords in medical cannabis-permitting states are no doubt breathing a collective sign of relief, hoping this will set precedent across the nation.