Is marijuana legal in Maine?

Maine is one of nine states that have legalized marijuana. Here’s some more details.

In 2016 Maine voters passed Question 1, legalizing marijuana for everyone 21 and older. 50.26% voted in favor.

Portions of the law took effect on January 30, 2017, allowing for the possession of up to 2.5 ounces of marijuana.

Is growing marijuana legal in  Maine?

It is legal in Maine for anyone 21+ to grow marijuana for personal use. They may grow up to six plants at a private residence. As with the provision of the initiative allowing marijuana possession, this took effect on January 30, 2017.

Are marijuana stores legal in Maine?

Is marijuana legal for minors in Maine?

Question 1 legalized marijuana for everyone 21 and older. However, it did not legalize marijuana for those under 21. Possessing, growing or buying marijuana remains illegal for minors as well as those 18 to 20. The penalties remain the same as they were prior to Prop 1’s passage.

Is it legal to smoke marijuana in public in Maine?

What other states have legalized marijuana?

Eight other states besides Maine have legalized marijuana for all uses. These are:

Of these states,  including Maine, only Vermont legalized marijuana through the legislature. They are  also the only state to not allow marijuana stores.

Washington is the only state that doesn’t allow marijuana to be grown for personal use.

Recently Maine’s Legislature voted overwhelmingly to pass LD 1539, which removes the state’s list of qualifying medical cannabis conditions, instead allowing doctors to recommend the medicine to anyone they feel could benefit of it. The measure makes several other changes, including increasing the number of dispensaries allowed in the state from eight to 14.

Despite passing by a combined vote of 144 to 31 in the House and Senate, Governor LePage  – a staunch opponent of marijuana and efforts to liberalize the laws surrounding it – vetoed the measure.  Thankfully the bill had well more than the 2/3rds support it needed in the legislature for them to override the veto, which they have now officially done.

Legislation that would have allowed for the implemenation of a marijuana legalization law passed by voters in 2016 has been vetoed by Maine Governor Paul LePage.

Governor LePage’s veto is the second time he’s vetoed legislation that would have established a regulated system for legal marijuana cultivation and sales.

In his veto letter for LD 1719 (published by Marijuana Business Daily), Governor LePage wrote that he “cannot in good conscience support a law that, on its face, violates federal law.” Fortunately the state’s legislature has enough votes to override the governor’s veto, given support doesn’t change among many legislators

Legislation introduced in Main would fully repeal a voter-approved law that legalized marijuana for everyone 21 and older.

was introduced by Senator Scott Cyrway along with eight other senators and representatives. All of the lawmakers sponsoring the measure are Republicans.

LD 667 would repeal Question 1, a citizens initiative approved in last year’s election with 50.27% voting in favor. The initiative legalized the possession and personal cultivation of cannabis for those 21 and older, while establishing a system of licensed retail outlets and distribution centers.

Maine’s LD 764 has now been approved by the state’s House of Representatives, and Senate, meaning it will soon be sent to Governor Paul LePage for consideration. The bill, filed by State Representative Deborah Sanderson (R) with eight bipartisan cosponsors, “prohibits the medical use of marijuana from being the sole disqualifying factor in determining a person’s suitability for receiving an anatomical gift.”

The full text of the one-page measure can be found below:

Maine’s full legislature has passed a bill to fund the implementation of the successful 2016 marijuana legalization initiative and change the agency that will regulate marijuana for adult use.

The Senate on Thursday passed LD 243 unanimously “under the hammer,” without debate or a roll call vote, sending it to Gov. Paul LePage for final approval. The House passed it “under the hammer” on Wednesday.

LD 243 would transfer the authority to oversee adult-use marijuana from the Department of Agriculture, Conservation and Forestry to the Bureau of Alcoholic Beverages and Lottery Operations within the Department of Administrative and Financial Services (DAFS). The Bureau would be responsible for licensing adult-use marijuana businesses and creating and enforcing regulations. LD 243 also allocates $200,000 to the Joint Select Committee on Marijuana Legalization Implementation and $1.4 million to DAFS to implement Question 1.

A bill to require health insurance carriers to cover marijuana for qualified patients has been introduced in Maine.

According to H.P. 747’s official summary; “This bill requires health insurance carriers to provide coverage for marijuana for medical use for a health plan enrollee who has received certification for the medical use of marijuana from an authorized medical provider.”

Below is the full text of this incredibly short, yet impactful measure:

In just a few weeks, on January 30th, cannabis becomes legal for those 21 and older in Maine.

This is thanks to portions of Question 1 taking effect. With a possession limit of 2.5 ounces, it’s the most progressive of the eight states that have legalized cannabis. The seven other states have a limit of one ounce, though Oregon and Massachusetts allow more at a private residence.

The new law also brings Maine a more liberal marijuana cultivation limit than other states. Of the six states that allow cannabis cultivation, all but one allow six plants to be grown; that one state is Oregon, where four is allowed. Maine’s Question 1, however, allows six mature plants, 12 immature plants and an unlimited amount of seeds/seedlings.

Maine has become the next state to legalize cannabis through the passage of Question 1. 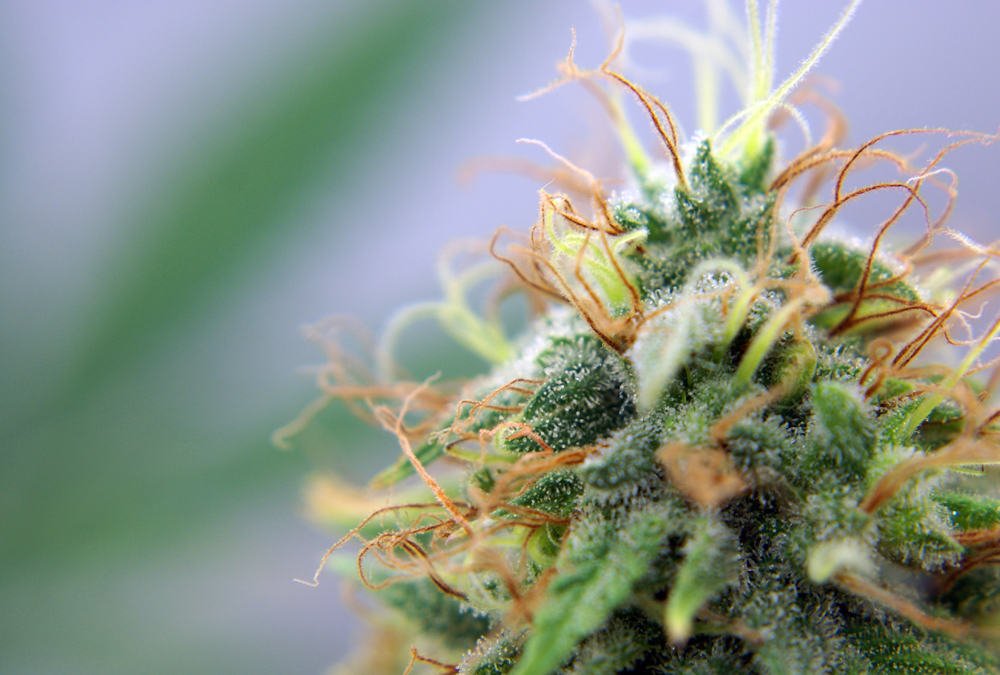 Voters in Maine have given approval to Question 1 to legalize cannabis. The initiative legalizes the possession and personal cultivation of cannabis for those 21 and older. It also legalizes cannabis retail outlets, supplied by cannabis cultivation centers.

The measure allows for the possession of up to two and a half ounces of cannabis, which is considerably higher than the one ounce limit set in the four states that legalized cannabis prior to this election; Washington, Colorado, Oregon and Alaska. Like the latter three, Question 1 allows for the cultivation of up to six plants (and 12 immature plants).

We are now just three weeks and two days away from the November 8th election. During this election, five states will be voting on the legalization of cannabis for recreational use. Three additional states (Florida, Arkansas and North Dakota) are voting on medical cannabis legalization.

Below is a short summary of all five recreational legalization initiatives: