Beginning January 1st in Colorado, recreational cannabis sales will become legal for those licensed with the state, with anyone 21 and older able to purchase it

. Although many of those who plan to sale recreational cannabis won’t be ready come the new year, dozens of locations will be, and Colorado will take the historic step of launching their new cannabis market.

A new poll released this week shows that public opinion still favors cannabis legalization in Colorado, more than a year after Amendment 64 passed. 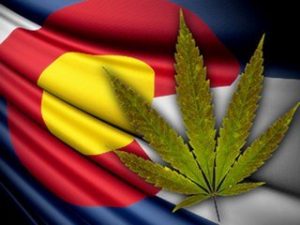 Public Policy Polling surveyed almost 1,000 Colorado voters, asking the question “In general, do you think marijuana usage should be legal or illegal?”. The results found that 53% of voters remain in favor of legalization, with just 38% opposed (9% were unsure).

Central City, the original site of the 1859 Colorado gold rush, is now the first city in Colorado to have a store licensed to sell marijuana to adults! 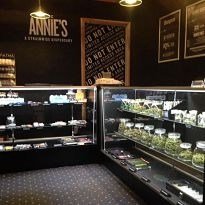 The store, called Annie’s, is a medical marijuana dispensary that will begin selling marijuana to adults on January 1st, pursuant to Amendment 64. Annie’s is the first store to receive a license, but it won’t be alone for long. The state is considering hundreds of other applications and is expected to issue many more licenses in the coming weeks and months.

Starting a process which will soon result in the opening of cannabis retail outlets throughout the state, Colorado will officially begin accepting applications tomorrow (October 1st) for those wanting to open a recreational cannabis business.

During this initial application period, only existing medical cannabis outlets will be allowed to apply for a retail license. Of the 522 dispensaries in the state, at least a couple hundred are expected to apply.

The President of Guatemala Otto Pérez Molina praised the voters of Colorado and Washington for legalizing cannabis during a speech given at the United Nations on Thursday. The president

also spoke out against the failures of the drug war, and urged countries to take a different approach.

“You know global drug policy is changing when the president of a Latin American country plagued by drug trafficking violence praises US initiatives to legalize marijuana,” said Ethan Nadelmann, Executive Director of the Drug Policy Alliance. “It feels like sanity and rationality are at last penetrating the highest levels of governments throughout the Americas.”

As the Communications Director for the world’s largest cannabis law reform group – the Marijuana Policy Project – Mason Tvert is on the front lines of the battle to end cannabis prohibition. 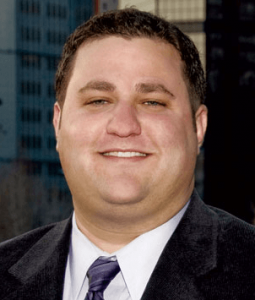 As one of the key proponents of Amendment 64, which legalized cannabis in Colorado, he’s also one of the most widely respected and admired cannabis reformers – and for good reason. Thanks to Amendment 64, anyone 21 and older in Colorado can now legally cultivate up to 6 cannabis plants, can walk around with an ounce in their pocket without fear of criminal repercussions, and starting next year, they’ll be able to purchase cannabis from legal retail outlets.

We had the opportunity to speak with Mason Tvert, to ask him a few questions surrounding his current work, his past work, and advice he would give to those new to the movement.

Today at 11am, activists will hand out hundreds of free joints in Denver, Colorado to protest a proposed tax rate for the newly-legal recreational cannabis industry which will be voted on this November. 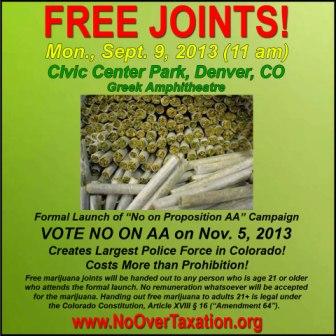 The event will take place at Denver Civic Center Park, and will be entirely legal given that sharing cannabis is no longer a crime in Colorado, as long as they don’t receive payment. 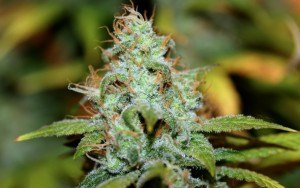 which legalized cannabis for adults. 54% are in favor of the new law, with 41% being in opposition; these numbers mirror results from last November’s election.

The poll also asked participants whether or not they thought the new law would “create drug abuse problems”, and found that a majority – 55% to 42% – believe that it won’t. It was also found that 51% of the state’s residents have consumed cannabis, and 15% plan to consume it once recreational sales begin next year.

This evening Denver’s City Council finally came to agreement on a tax rate for recreational cannabis,

which will be set at 3.5%. During the same meeting, the council rejected two proposals to further restrict recreational cannabis outlets.

Under one of the rejected proposals – which failed by one vote – cannabis retail outlets would have been prohibited from ever moving locations. The second rejected proposal – which failed 5 to 8 – would have prohibited recreational cannabis stores from being located within 2,500 feet from a school, a move which some council members argued would be an “effective ban”.

Despite medical cannabis being a constitutional right in Colorado since 2000, the Colorado State Fair has continually refused to allow any cannabis-related booth to be placed within the festival. Now, l 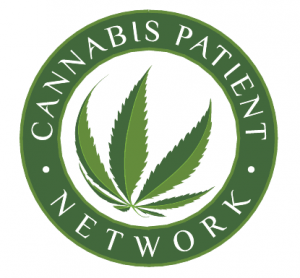 ess than a year after voters approved recreational cannabis legalization (through Amendment 64), the fair has changed its mind, and has approved a booth to be ran by the Cannabis Patients Network Institute.

The Colorado State Fair typically garners roughly half a million visitors every year, assuring that the Cannabis Patient Network will have an unprecedented mainstream audience before them to educate.