Sustainability Is In the Eye of the Beholder

Sustainability Is In the Eye of the Beholder

The recent announcement from Marcus Charles is to open an industrial indoor cannabis operation in the economically depressed Raymond area of Washington. In fact Marcus is practicing a long standing form of environmental classism where industries focus polluting practices in impoverished economies.  Struggling ec 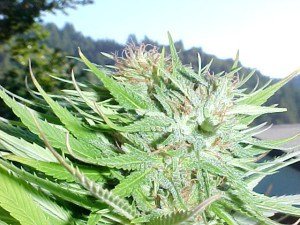 onomies are often glad to accept any industry regardless of its effect on the environment, health and public safety.  Still, given his background developing “local” and “sustainable” restaurants in the Seattle area, I know he is motivated to do the right thing.  In this case sustainability can only be reached by transferring cannabis production to the sun, which the west side is famous for not having.  There are plenty of struggling economies with high solar input to choose from in the east side of the state.  We welcome Marcus’s investment in sustainability, but with a single joint being equal to driving 22 miles we think he has missed the target a bit.

Michael “Buffalo” Mazzetti and I were well received in Olympia.  We met with legislators, representatives of the Governor’s office, and presented what sustainable practices for cannabis production would look like to the Liquor Control Board.  A powerpoint of our presentation is available on our website:  www.okcannabis.com.

About halfway through the presentation to the LCB there was an “ah-ha” moment when staff and members of the board realized that when we’re talking about outdoor we aren’t talking about open fields.  Rick Garza of the LCB subsequently told the finance committee that sun grown cannabis can be secured.  We now talk of ‘sun grown’ cannabis instead of outdoor to avoid this confusion.  The LCB seemed comfortable with greenhouses.  One caveat, greenhouses harness more energy than they can use and at times the greenhouse cover has to come off to avoid high temperatures and costly venting.  We hope the LCB can adopt security standards that do not require an absolutely enclosed greenhouse at all times.

The Myths of Sun Grown Cannabis

Myth #1:  Sun grown cannabis is not as high quality.  Most people understand that genetics determine potency.  The DEA and many independent studies have shown no potency difference between sun grown and indoor cannabis.  The myth arises from clandestine outdoor growers not having control over photoperiod resulting in 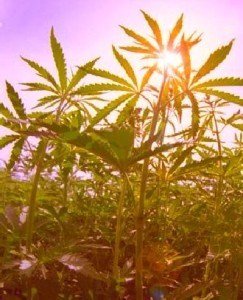 immature crops being harvested.  Photoperiod control is the ability of the grower to induce flowering by darkening the greenhouse using opaque materials.

Myth #2.  Not all strains can be sun grown.  Photoperiod control allows for any strain of cannabis to be sun grown by beginning flowering early in the summer.  Even sativa strains requiring 16 weeks of flowering can be harvested if flowering is initiated in July.  In fact growing these strains indoors is incredibly inefficient given the longer flowering time.

Myth #3.  Sun grown is seasonal and can’t meet the markets demands.  Again, photoperiod control allows for cannabis to be produced from June 21 to the end of October without lights and year round with the efficient use of lights.  A year round market is not required for cannabis.  It stores very well for a year, and improvements in storage technology are expected to increase shelf life even longer.  In fact storage capacity is a very important component to any commodity market and needs to be built in to the system at the producer, processor and retailer levels.  Imagine how the grain market would react to empty grain silos.  The state should hedge its bets and produce more than anticipated the first year to avoid shortages and then let the market determine future needs (if surpluses exists production decreases the second year).

Myth #4.  Sun grown cannabis is less secure.  Sun grown cannabis is not an open field of pot accessible to the public.  Greenhouses, video surveillance, fences and seed to sale inventory systems ensure a high level of security.  In fact indoor grow operations are more likely to occur in more densely populated areas with higher total crime.  Historically violent crime has been associated with the theft of indoor grows much more than outdoor grows.

Issuing licenses in August have given people the impression that the LCB plans to rely on indoor industrialized cannabis production to supply the state.  Rick Garza and Pat Kohler indicated to the finance committee that that is not the case.  Garza said the initiative only requires that rules be adopted by December 1, 2013, and not that licenses must be issued by December 1.  This seems to give the LCB the ab

ility to consider the environmental impacts of beginning production in August which would presumably rely on industrialized indoor operations to supply retail stores by December 1.  Retail stores should open in July, 2014 coinciding with the state’s first sun grown cannabis.  Randy Simmons, project manager for the LCB, in an interview with tvw.org seemed to leave the door open for the state to issue licenses in August to medical gardens grown using the sun that are already started.

The Environment Will Thank Us

The environmental impact of industrialized cannabis production cannot be over-stated.  By simply adopting sustainability in the rulemaking process the LCB will single-handedly reduce the energy consumption, carbon emissions, and point source pollution associated with industrialized cannabis production.   The result will be up to a 5% decrease in power consumption in the state leading to lower electrical rates.  Being that almost 25% of the state’s energy comes from carbon fuels a 5% decrease in consumption would significantly decrease the states carbon emissions and help us reach our carbon emission goals as required by law.  Never before in my lifetime has there been an opportunity to have such a positive environmental impact with such little effort, let’s not let this opportunity pass.