According to a new survey more Australians support reforming their nation’s marijuana laws to make it so that marijuana is legally possessed and sold.

According to the 2019 edition of the National Drug Strategy Household Survey, conducted each year by the Australian Institute of Health and Welfare, 41% of Australians support legalizing marijuana for all adults. Although this isn’t majority support, it does represent plurality support, given just 37% of those in Australia oppose legalization. 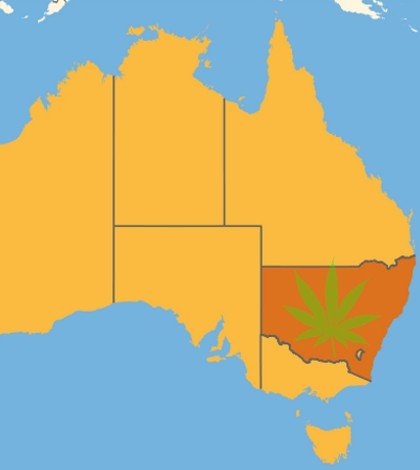 “In 2019, alcohol (45%) continued to have the highest level of personal approval of regular adult use than any other drug. For the first time, cannabis had a higher level of approval than tobacco (19.6% compared with 15.4%). The level of approval for cannabis has continued to increase since 2007 (6.6%),” states the report. “Alcohol was the only drug for which the level of approval of regular use by an adult was higher than disapproval (45% compared with 21%). Alcohol, cannabis (54%) and tobacco (61%) had the lowest levels of disapproval, while heroin (96%), inhalants (95%) and meth/amphetamine (95%) had the highest levels of disapproval.”

The report continues “Personal approval of regular drug use was consistently higher among individuals who had used that particular drug recently than among those who had not used the drug in the preceding year or their lifetime. Levels of personal approval varied by drug type, with people who recently used marijuana/cannabis (68%), hallucinogens (65%), GHB (55%) and alcohol (52%) reporting higher levels of approval. On the other hand, people who used methadone or buprenorphine, meth/amphetamine, heroin and inhalants had lower levels of approval (less than 20%).”

According to the report, support for legalization has grown 65% in just four years, from 35% to 41%.