One of the greatest threats to the survival of modern mankind is climate change, specifically, the global warming of our planet. The vast majority of scientists and academics recognize this fact. All their charts, measurements, and statistics point to the incessant burning of the carbon based fossil fuels that power our cars and light our houses, coupled with the harvesting of timberlands and the destruction of earth’s rainforests and jungles, as the primary cause of this recent phenomenon. 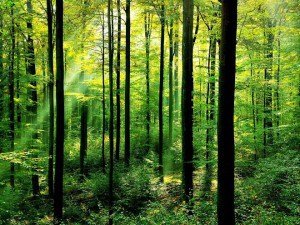 Much thought has been devoted to remedying this problem but the solutions, such as carbon taxes, non-combustion energy production, smokestack scrubbers and whatever else, fall far short of a viable solution. At best, they will only slow the growth rate of carbon emissions and won’t do anything to lower the levels of greenhouse gases already in the atmosphere. Realistically, the only way to stop that growth rate is to stop pulling out and burning the fossil carbon buried deep in the earth, and the only way to reduce the destructive amounts of greenhouse gas in the atmosphere is to stop cutting down and clearing our forests, rainforests and jungles.

Now I’m not advocating giving up our cars, and our well lit, well heated houses, and moving into caves. Rather, I’m advocating that we take lesson from our history. The last time we faced a similar situation was when it became clear in the 1800’s that our consumption of whale oil was going to outstrip our supply of whales. Then, almost like magic, we discovered fossil oil, plenty of it, and we’ve been burning it like crazy ever since.  So now we’re hitting our limit again, and it’s time to do something new.

Enter the Jack Herer solution, best described in this excerpt from his book “The Emperor Wears No Clothes”: 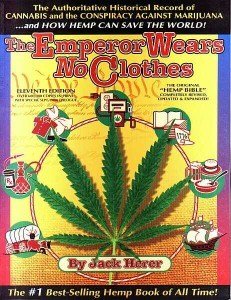 “If all fossil fuels and their derivatives, as well as the deforestation of trees for paper and agriculture are banned from use in order to save the planet and reverse the greenhouse effect: Then there is only one known natural resource able to provide the overall majority of our paper, textiles and food, meet all the world’s transportation, home and industrial energy needs, reduce pollution, rebuild the soil, and clean the atmosphere–all at the same time–our old stand-by that did it all before: Cannabis Hemp… Marijuana!”

In 2007 Jack Herer, along with others, drafted this vision into an initiative to allow the people of California the opportunity to vote on legalizing hemp, making it available to the innovative and entrepreneurial spirit that is California, and to create the industries necessary to make this vision a reality.

There is an obvious reason why hemp is illegal. Big Oil doesn’t want to stop pumping oil from the ground, and the paper, fiber, and lumber industries don’t want to stop cutting and selling their trees. These industries have enormous sums of money and they have enormous influence over politicians. They were able to make hemp illegal in the 1930’s and they’ve been able to keep it illegal. They just renamed it Marijuana, called it an evil drug, and then paid the politicians to make it, and keep it illegal.

The initiative also seeks to rectify the injustices caused by hemp prohibition. 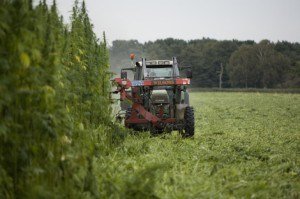 Jack Herer passed away in 2010, before he could qualify this initiative to become a ballot proposition.

That leaves the rest of us to carry on. And so…

It’s up to us, the regular folks. We don’t have big business backing. We may not even have the backing of the pot activists who’ve advocated the ‘go slow and wait’ approach for the last 30 years. The best time is now. We have to 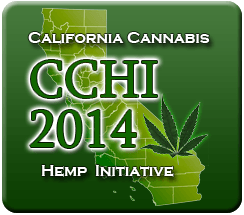 put together the army of people both to support and to work toward the goal of putting the Jack Herer Initiative on the ballot for the November 2014 election. What we need right now is volunteers who are ready and willing to organize statewide and to go out and collect the signatures we’ll need to qualify this ballot proposition. We need people of means to contribute the dollars needed for the effort. We need activists, environmentalists, health advocates, third world advocates, and racial equality advocates. We need entrepreneurs and innovators willing to step forward and seize this opportunity. We need police officers and judges who are tired of wasting their time enforcing a policy that they know is a farce.

Everyone has a stake in the success of reforming the world’s anti-hemp policy. It will take years for hemp and other renewable resources to replace oil and deforestation, but every year we wait, our world’s average temperatures and our oceans creep up and up.  California has the ability and the means. We took the World Wide Web from nothing in 1995 to where it permeates our lives in less than 15 years. I’m confident that California can do the same with the Cannabis Hemp revolution.

We just need to get started. .

You’ll find more information, a way to volunteer and/or contribute, and additional contact information at the website: