Super Bowl Contest Winner Sent Packing For 2 Grams Of Cannabis, From 30 Years Ago

Super Bowl Contest Winner Sent Packing For 2 Grams Of Cannabis, From 30 Years Ago 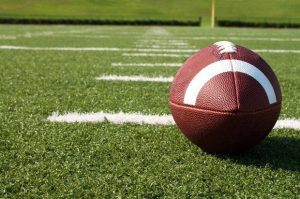 In what’s surely to be a horror story for cannabis consuming football fans, a man who lives on Vancouver Island was denied entrance in to the country – making him miss the Super Bowl he had tickets for – because of a prior cannabis possession charge. The charge was for 2 grams, and happened over 30 years ago.

Even worse, the chances of him obtaining his Super Bowl tickets to begin with were one in four million; Myles Wilkinson gained his tickets through a fantasy football contest, where over four million people attempted to win the same prize.

The 50-year old man experienced problems at the border when U.S. custom agents noticed that he had a cannabis possession charge, from when he was 19.

The brave men, who were clearly “protecting” our country from a big, bad cannabis consumers, refused to let him go forward.