A study released in last month’s issue of the journal Biochemical Pharmacology has found that even minuscule amounts of THC can provide protection from heart attacks, as well as reduce the potential cardiovascular damage associated with suffering one. 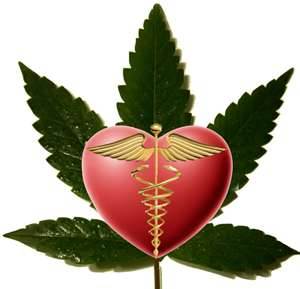 For the study – which is titled An ultra-low dose of tetrahydrocannabinol provides cardioprotection – researchers administered extremely small amounts of THC; 0.002 mg/kg, which is up to 10,000 times less potent than the average joint. Despite how small the dose was, researchers found it to be effective at protecting against heart attacks when administered 2 to 48 hours before an attack, and found it to help relieve the symptoms when administered afterward.

“[THC] is a safe and effective treatment that reduces myocardial ischemic (heart attack) damage”, states the study. It concludes:

“[O]ur study provides novel evidence for the beneficial use of extremely low doses of THC, doses that do not elicit any psychoactive side effects, in order to protect the heart from ischemic insults. THC can be used as a pre-conditioning drug in cases in which ischemic insult to the heart is anticipated, such as during cardiac surgery or percutaneous coronary intervention. If post-conditioning with THC will be found effective, it could also be used following myocardial infarction.”