Marijuana consumption reduces the symptoms associated with Crohn’s disease, and can even lead to its remission, according to new research published on the website of the National Institutes of Health, which will be in print soon in the journal Clinical Gastroenterology and Hepatology. 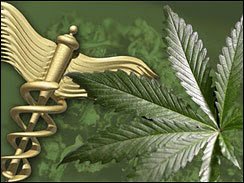 The study, which was conducted by researchers at the Meir Medical Center, Department of Gastroenterology and Hepatology in Israel, examined 21 subjects with Crohn’s disease who weren’t responsive to conventional treatments. According to the the study, ” Patients were randomly assigned to groups given cannabis, twice daily, in the form of cigarettes containing 11.5 mg of tetrahydrocannabinol (THC) or placebo containing cannabis flowers from which the THC had been extracted. Disease activity and laboratory tests were assessed during 8 weeks of treatment and 2 weeks thereafter.”

In the study, “complete remission” was achieved by five out of the eleven patients who received THC, compared to just one out of ten of those who received a placebo. Complete remission is defined as a reduction in patient CDAI score by more than 150 points – the CDIA is a research tool used to quantify the symptoms of Crohn’s disease.

In addition, a clinical response (defined as a decrease in CDAI score of >100) was observed in 10/11 subjects in the cannabis group, compared to 4/10 in the placebo group.

According to the study, “Three patients in the cannabis group were weaned from steroid dependency. Subjects receiving cannabis reported improved appetite and sleep, with no significant side effects.”