Activation of the cannabinoid receptor 2 (CB2R), something done naturally through the consumption of cannabis and cannabinoids, “might prevent neuroinflammation and oxidative stress-associated sickness behavior”, according to a new study. 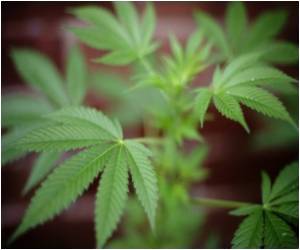 The study, titled Cannabinoid receptor 2 activation mitigates lipopolysaccharide-induced neuroinflammation and sickness behavior in mice, is being published in the journal Psychopharmacology. It was epublished ahead of print by the U.S. National Institute of Health.

“Cannabinoid receptor 2 (CB2R) signaling in the brain is associated with the pathophysiology of depression”, states the study’s abstract. “Sickness behavior, characterized by lessened mobility, social interaction, and depressive behavior, is linked with neuroinflammation, oxidative stress, and immune system. The present study was aimed at evaluating 1-phenylisatin (PI), a CB2R agonist, in sickness behavior.”

For the study, “influence of acute and 7-day activation of CB2R using PI in lipopolysaccharide (LPS)-induced sickness behavior was assessed in mice.” An acute injection of LPS (1.5 mg/kg) “produced a fully developed sickness behavior in animals within 1 h of administration.” The behavioral paradigm “was assessed by open field test, forced swim test, and tail suspension test. Further, tumor necrosis factor-α (TNF-α), antioxidant enzymes, and lipid peroxidation were measured in the brain to correlate neuroinflammation and oxidative stress with sickness behavior.”

Both treatments, PI (20 mg/kg) and imipramine (15 mg/kg), were administered orally (once for acute and once daily for 7-day protocols).

They conclude by stating that “Our data propose that acute and long-term activation of CB2R might prevent neuroinflammation and oxidative stress-associated sickness behavior.”

For more information on this study, including its full abstract and a link to its full text, click here.