Contrary to prohibitionist propaganda, a new government-funded study published in the journal Neuropsychopharmacology has found that cannabis may 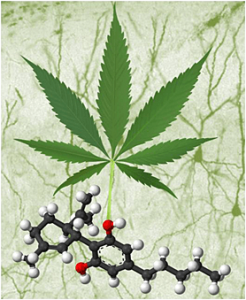 combat the symptoms of schizophrenia by stimulating the body’s cannabinoid receptors.

Researchers for the study examined rats with schizophrenia which were dosed with a chemical substance meant to mimic cannabinoids – compounds found in cannabis, as well as naturally produced in our body. Researchers found that the cannabinoids “reversed social withdrawal in PCP-treated rats via stimulation of CB1 receptors”; social withdrawal is one of the primary symptoms of schizophrenia.

The study – which was funded by the Brain & Behavior Research Foundation and the National Institute of Mental Health – concludes that “these findings indicate that.. activation of CB1 receptors is crucial for social interaction, and that PCP-induced social withdrawal results from deficient endocannabinoid transmission”.

This study is one of many released in recent months which have found that activation of the body’s CB1 receptors can combat, and potentially cure, a large number of ailments and medical conditions.