Study: Cannabis Provides Substantial Relief to Those With Back Problems

Study: Cannabis Provides Substantial Relief to Those With Back Problems

Recent research out of the University of Colorado, which was presented recently at the North American Spine Society’s annual meeting 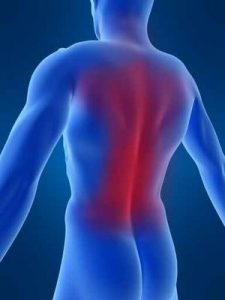 , has found that nearly 90% of those with back problems who consume cannabis find either great, or moderate relief from their cannabis consumption, and 81% believe it helps them as much, or more than traditional painkillers.

For the study, researchers examined 184 patients at a Colorado spine center. According to Michael Finn, MD, a coauthor of the study, 19% reported using cannabis for pain relief. Of these people, slightly less than half – 46% – were qualified medical cannabis patients in the State of Colorado.

Of those who consumed cannabis, the vast majority – 90% –  reported consumption through inhalation. 45% either exclusively, or also consume cannabis orally (tinctures, edibles, etc.), and 29% stated that they vaporize.

According to these cannabis consumers, a total of 89% said that it greatly or moderately relives their back pain. 81% said it worked as well as, or better than narcotic painkillers.

Although more research is needed to confirm that cannabis can relieve pain in the back and spine, this study shows, quite clearly, that a vast majority of those who consume cannabis find at least some form of relief from their consumption.