Study: Cannabinoids May Be Best Medication For Those With PTSD

Study: Cannabinoids May Be Best Medication For Those With PTSD 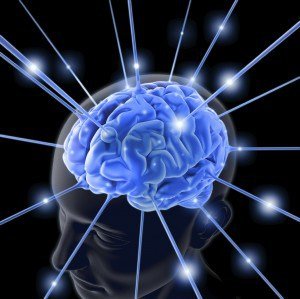 Researchers have found that those with PTSD have more CB1 receptors in their brain than those who don’t have the condition, paving the way towards an effective medical treatment.

A new study by researchers at the New York University School of Medicine, and funded by the National Institute of Health, has found a connection between the number of cannabinoid receptors in the brain and the effects of post-traumatic stress disorder (PTSD), paving the way towards an effective medication, according to an New York University press release.

The study, which was published online in Molecular Psychiatry and will be presented at the Society of Biological Psychiatry’s annual meeting, is the first to use brain imaging to show that PTSD sufferers have lower concentrations of anandamide than the average person – anandamide is an endocannabinoid that binds to CB1 receptors.

Researchers than administered a radioactive, though apparently “safe” tracer, which illuminated the participants’ CB1 receptors when exposed to a PET scan. The scan found that the PTSD sufferers, especially among women, had more CB1 receptors in the parts of their brains linked to fear and anxiety than those without PTSD. Individuals with PTSD were also found to have lower levels of anandamide, leading to an increased number of CB1 receptors.

What this indicates is that using cannabis, or cannabinoid-rich medication, could help alleviate some of the problems associated with PTSD, by bringing about equilibrium in their brain’s CB1 receptors, which could greatly reduce the stress, anxiety and fear that many who suffer from the condition feel on a regular basis.

“There’s not a single pharmacological treatment out there that has been developed specifically for PTSD,” stated researcher Alexander Neumeister, lead author of the study, “That’s a problem. There’s a consensus among clinicians that existing pharmaceutical treatments such as antidepressant simple do not work.” He notes that, anecdotally, PTSD sufferers typically find more relief from consuming marijuana, than using antidepressants.

Not only will these findings help doctors accurately diagnose PTSD in the future, it could finally lead to a non-narcotic and effective medication.