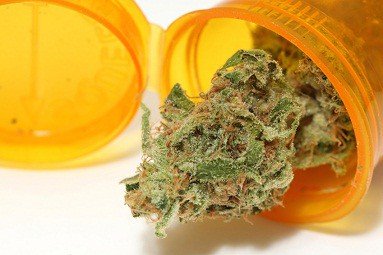 Cannabinoids are safe and effective for the treatment of chronic pain, according to the results of a systematic review of randomized controlled trials published in the Journal of Neuroimmune Pharmacology.

Investigators from Dalhousie University in Halifax, Nova Scotia and McGill University in Montreal evaluated the results of 11 placebo-controlled trials conducted between the years 2010 and 2014. Trials assessed the use of various types of cannabinoid preparations, including herbal cannabis, liquid and oral cannabis extracts, and nabilone (a synthetic analog of THC), in pain treatment.

Cannabinoids possessed “significant analgesic effects” and were “well tolerated” in the majority of studies reviewed.

A 2011 review of 18 separate randomized trials evaluating the safety and efficacy of cannabinoids for pain management similarly reported, “[C]annabinoids are a modestly effective and safe treatment option for chronic non-cancer (predominantly neuropathic) pain.”

In September, Canadian researchers reported that pain patients who consumed herbal cannabis daily for one-year experienced decreased analgesia and no increase in serious adverse side effects compared to matched controls.

An abstract of the study, “Cannabinoids for the treatment of chronic non-cancer pain: An updated systematic review of randomized controlled trials,” appears online here.