Strong Majority of Those in New Jersey Support Legalizing Cannabis, According to New Poll

Strong Majority of Those in New Jersey Support Legalizing Cannabis, According to New Poll 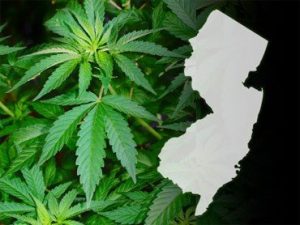 A new Rutgers-Eagleton poll has found that a large majority of New Jersey residents support legalizing, taxing and regulating cannabis similar to alcohol for those 21 and older. The poll was conducted in conjunction with the Drug Policy Alliance.

According to the survey, 58% of New Jerseyans support legalizing cannabis, with just 39% opposed.

“Support for legalization in New Jersey is growing, which mirrors national polls,” says David Redlawsk, director of the Eagleton Center for Public Interest Polling and professor of political science at Rutgers University. “By asking a question that makes clear legalization for adults 21 and over would come with taxes and regulation, we provided context that may account for some of the 9-point jump in support from our April 2014 poll. Even so, no matter how the question is asked, we have been seeing a long-term upward trend in favor of marijuana legalization among New Jerseyans.”

“Legalizing, regulating and taxing marijuana will generate much-needed revenue for the state to fund important programs, at a time when New Jersey is struggling to meet its financial obligations”, says Senator Nicholas Scutari (D-Middlesex, Somerset and Union), who has introduced legislation – Senate Bill 1896 – to legalize cannabis. “The majority of people in America and in New Jersey support legalizing marijuana, and this is more evidence this is the direction we need to go in. It’s well past time that we updated our archaic drug laws nationally. But we should take the lead in New Jersey because it is the right thing to do for our residents and the responsible thing to do for our state.”

Senate Bill 1896 has a companion bill, Assembly Bill 3094, which is sponsored by Assemblymembers Reed Gusciora (D-Hunterdon and Mercer) and Linda Stender (D-Middlesex, Somerset and Union).