State Report: Cannabis Legalization in California Would Make, Save Hundreds of Millions of Dollars

State Report: Cannabis Legalization in California Would Make, Save Hundreds of Millions of Dollars

The Secretary of State’s office in California has released its fiscal impact note on a cannabis legalization initiative which was recently approved for circulation. According to the report, the proposal would save the sta 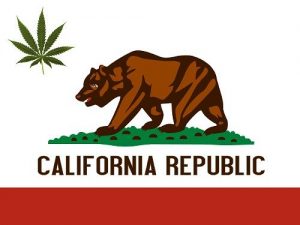 According to the report; “The measure would result in reduced costs to the state and local governments by reducing the number of marijuana offenders incarcerated in state prisons and county jails, as well as the number placed under community supervision (such as county probation).”

It continues; “In addition, the measure would result in a reduction in state and local costs for the enforcement of marijuana-related offenses and the handling of related criminal cases in the state court system. In total, these reduced costs could be in the low hundreds of millions of dollars annually.”

The report also notes revenue to be gained from the taxation of cannabis under a legalized system; “State and local governments could receive additional revenues, such as sales and excise taxes from marijuana-related activities allowed under this measure. In addition, the measure could result in an increase in taxable economic activity in the state, as businesses and individuals producing and selling marijuana and industrial hemp would pay personal income and corporation taxes.”

They also note money to be gained from tourists; “Moreover, the measure could increase economic activity in the state to the extent that out-of-state consumers redirect spending into the state.”

The full fiscal note can be found here.