In another example of Seattle officials respecting the will of the voter, and the intent of Initiative 502 w 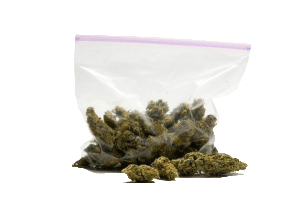 hich legalized the possession of up to an ounce of marijuana in Washington State, Metro bus drivers in Seattle have been given a new policy for found marijuana – turn it into the lost and found. The new policy shift was announced yesterday, and will take effect immediately. Before the change, drivers would give the marijuana to police, who would typically just throw it away.

In order for an individual to pickup their lost bud, they must correctly state what bus, and around what time the cannabis was lost – more information, such as the type of bag or color of the herb, could be further determining factors if, for example, more than one bag of marijuana was found on the same bus around the same time. Anything over an ounce won’t be redeemable.

The policy comes just weeks after Seattle’s Police Department began to issue warning letters, rather than arresting those found dealing marijuana within the city.