San Diego Mayor Bob Filner is urging jurors in San Diego to Ronnie Chang of marijuana distribution charges. Chang was the owner of a m 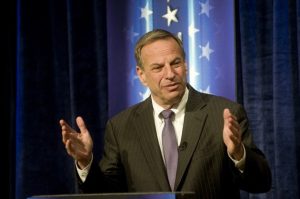 edical marijuana dispensary before being raided 2009: Prosecutors are attempting to charge him based on federal law. The case is likely to be decided this fall.

In response, Mayor Bob Filner is asking jurors to commit jury nullification, the process of finding someone “not guilty” of a crime, even if they technically committed it, based on it being unjust.

“Someone should not be going through this stage of prosecution for trying to help people to have access to medical marijuana”, Mayor Filner told reporters, “[I]t’s time, like with Prohibition, to step back and say this was a stupid thing to do…and juries ought to take the lead in saying that to the federal government.”

This call-to-action is one of the first instances of a mayor urging jurors to nullify a medical marijuana charge.