According to an ABC affiliate in Iowa, a professional rodeo clown, Rory Meeks, is hea 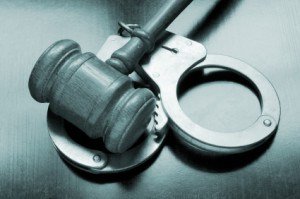 ded to prison after being convicted by jury of conspiracy to grow marijuana in Iowa.

Although Meeks was acquitted of a second charge, he was convicted on one count of conspiracy to manufacture marijuana.

According to the report, “Federal prosecutors said Meeks planted marijuana along corn and soybean fields in secluded spots in Jones County, tending the plants throughout the summer. They say the 55-year-old and others harvested and processed the plants in the fall, and sold the marijuana in fall and winter.”

The jury came to the conclusion that Meeks was involved in growing more than 1,000 marijuana plants between 2004 and 2011. Based on this charge, he faces a mandatory minimum sentence of 20 years in prison.

The reality of the mandatory minimum makes this story a sad one: Obviously the man knew he was breaking the law, and Iowa certainly isn’t the place to push your luck, but putting this man behind bars for a guaranteed 20 years for growing a non-lethal plant is absurd. Given that it’s for a non-violent conspiracy charge, it’s also quite sickening.

This is yet another example of why our government needs to do away with unjustified mandatory minimum sentences for drug charges.