Researchers have discovered that smoking cannabis can reduce symptoms of Parkinson’s disease, in 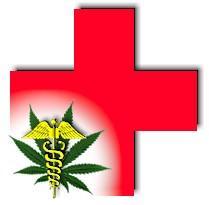 cluding tremors and pain. 20 patients, at an average of 66 years old, took part in a study, and scored an average of 33 on the Unified Parkinson’s Disease Rating Scale prior to consuming cannabis. The score dropped to 24 just 30 minutes after smoking. Ruth Djaldetti, MD, of Tel Aviv University Israel, who recently presented the discovery at the International Congress on Parkinson’s Disease and Movement Disorders, explained; “We not only saw improvement in tremor in these patients, but also in rigidity and in bradykinesia [slowness of movement cause by the disease]”.

The patients participating in the study started with an average tremor score of 7.5 on the Unified Parkinson’s Disease Rating Scale, which was reduced to 3.5 after smoking cannabis. The average rigitity score started at 7.4, and dropped to 6.4, and the bradykinesia score began at 13.2 and was reduced to an average of 8.6.

The study also found smoking cannabis to be effective for pain relief, resulting in better sleep. All of the patients in the study were already taking medications for pain, but were not getting the relief needed. “We saw a dramatic reduction in pain in our patients and in their ability to sleep”, said Dr. Djaldetti. “When their pain was reduced, they slept better.”