A new report released by the Justice Department’s Bureau of Justice Statistics has found that for the 3rd straight year, the overall number of inmates in U.S. prisons has decline; despite this, over 330,00 people re 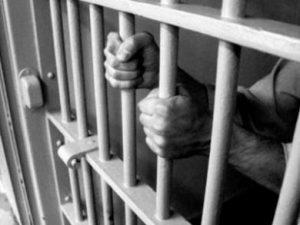 main in prison for drug offenses, with a largely disproportionate amount of these individuals being minorities.

Despite this decrease in overall prisoners, the number of federal prisoners is still on the rise; the amount of people in federal prisons rose by 0.7% in 2012 compared to the year before.

Among the nation’s nearly 220,000 federal prisoners, an absurd 47% are doing time for drug offenses; over 103,000 in total. When combined with the over 229,000 individuals doing time for state-level drug charges, the numbers are really eye-opening; roughly a third of a million people are currently in prison because of a pointless, costly drug war which has failed at everything it has set out to accomplish.

Of these prisoners, 59% are either African American or Hispanic, compared to 35% who are Caucasian; these numbers indicate a deep-seeded racism in the criminal justice system, especially in regards to the drug war; this, of course, is nothing new; a 2009 Human Rights Watch report found that African Americans are 2.5 to 5.5 times more likely to be arrested for a drug offense, and 8 times more likely to be charged, despite not using drugs at a higher rate.

Overall these new numbers offer a glimpse of a better future – a decline in a hugely over-inflated prison population – but a deeper look makes it clear that the system is still disgustingly broken, with nearly half of all federal prisoners being jailed for drug offenses. As we wrote about recently; the drug war has failed – it’s time for an end!