Report: Blacks Eight Times More Likely Than Whites To Be Arrested For Marijuana Possession in Pennsylvania

Report: Blacks Eight Times More Likely Than Whites To Be Arrested For Marijuana Possession in Pennsylvania

African Americans in Pennsylvania are eight times more likely to be arrested for marijuana possession offenses than are Caucasians, according to an analysis of statewide arrest data by the American Civil Liberties Union. 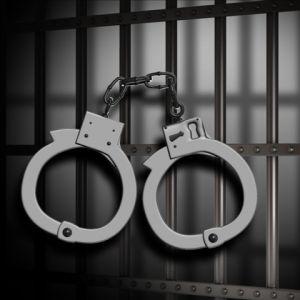 The ACLU Pennsylvania report reviewed arrest data for all 67 counties from 2010 to 2016. Excluding Philadelphia, which decriminalized cannabis possession offenses in 2014, adult marijuana possession arrests increased 33 percent during this time period – at a cost of $225.3 million to taxpayers. Black adults were 8.2 times more likely than their white counterparts to be arrested for possessing marijuana. In 2010, African Americans in Pennsylvania were 6.5 percent times more likely than whites to be arrested for marijuana possession crimes.

Recent analyses from other states, such as New Jersey and Virginia, have similarly identified racial disparities in marijuana possession arrests. Nationwide, African Americans are approximately four timesmore likely than whites to be arrested for possessing marijuana, despite members of both ethnicities using the substance at similar rates.

“Pennsylvania’s insistence in continuing to fight the war on marijuana, is at the root of the problematic data presented in this report,” the ACLU of Pennsylvania concluded. “Law enforcement has not only continued its business-as-usual arresting policies in enforcement of cannabis prohibition, it has ramped up enforcement as marijuana use has become more accepted throughout the commonwealth and the nation. If laws don’t change, this pattern will likely continue; law enforcement could become even more heavy handed until policymakers are clear that it is time to end this approach. The clearest way to send that message is to end prohibition altogether.”

For more information, contact Justin Strekal, NORML Political Director, at (202) 483-5500. Full text of the report is available from the ACLU of Pennsylvania.