Studies over the past few years have been clear in their conclusion that medical marijuana dispensaries aren’t linked to an increase in crimes, and may very well lower the crime rate in the surrounding area. 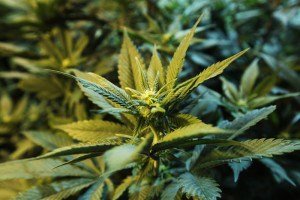 In 2012, a government funded study, conducted by the National Institute of Health, and published in the Journal of Studies on Alcohol and Drugs, concluded that dispensaries weren’t linked to neighborhood crime.

In 2010, the Denver Police Department released an analysis which found that robbery rates of medical marijuana dispensaries in Denver were much lower than the robbery rates of banks and liquor stores.

All three of these studies fly in the face of oft-repeated propaganda which claim that medical marijuana, specifically access points, are somehow linked to dangerous crime and are all ran by dangerous criminals. The truth of the matter is that allowing any type of legal access to marijuana diminishes the impact that criminal syndicates have on a community.

When you hear people claim that medical marijuana increases crime, make sure to point to these studies.